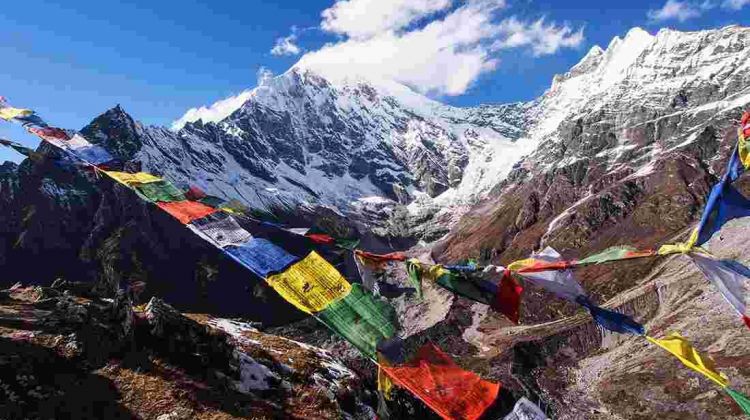 HIGHLIGHTS
A trek to the eastern parts of the Himalayas near Kathmandu is a great way to experience the beauty of this country beyond the popular and sometimes overcrowded Everest and Annapurna regions. Join us on this 12-day trek and get the chance to travel to the base camp of Ganesh Himal.

Named after Lord Ganesh, the elephant-headed god in Hindu mythology, Ganesh Himal is in fact a range comprising of Ganesh I, Ganesh II, Ganesh III and Ganesh IV. These peaks are separated from the nearby Langtang Himal range by the Trisuli-Gandaki Valley in the east.

This private, guided trek starts with a long bus drive from Kathmandu to Syabrubesi, which takes seven to eight hours. Head for Kispang the next day followed by Thulo Chaur and Gonga. Reach the base camp of the mountain range on Day 7. Spend two nights in the area and savor its breathtaking beauty before its time to return. You will cross two mountain passes during this trek, namely Pansang La and Sing La.

Please note that accommodation during this trek will be in tented camps since tea houses are not available on the trail. The best season to carry out this trek is from February to May and August to December. Please scroll down to the itinerary section for more details.
View More
CUSTOMER REVIEWS ABOUT ICICLES ADVENTURE TREKS AND TOURS PVT LTD
5 - Excellent
Based on 69 reviews
H
5 - Excellent
Heather's review for another Icicles Adventure Treks and Tours Pvt Ltd tour
“We were looking for a custom trip to take my daughter back to her birth country. We wanted to see what her wonderful country had to offer and we got it! From the crowded streets of Kathmandu to a breathtaking paragliding ride to playing with baby elephants and seeing where the Buddha was born we could not have asked for anything more! Nice and clean accommodations and every detail was perfect, Indira and Parsu Thank you for such a wonderful trip!”
O
5 - Excellent
Oliver's review for another Icicles Adventure Treks and Tours Pvt Ltd tour
“Clear blue skies and fantastic vistas every day in late March 2016. I was 58 at the time and found the trek to be very doable. There were trekkers much older than me that accomplished it as well. In the teahouse dining rooms each evening, we enjoyed the company of travelers from the most diverse nationalities I have ever encountered in such a short time frame. There seemed to be an almost equal number of females as males. The menus are surprisingly full given that almost all of the food must be carried in. Every day brings rewarding scenery and passage through isolated villages. After Dingboche, the villages are there only to service the trekkers and the altitudes are probably too high to support farming. All in all a wonderful fulfilling experience.”
S
5 - Excellent
Satoshi's review for another Icicles Adventure Treks and Tours Pvt Ltd tour
“I was planning to go to Annapurna Base Camp, but my schedule changed due to the avalanche. Thanks to the quick response, we were able to reach the Maldi Himar View Point. Also thank you next time.”
Read more Icicles Adventure Treks and Tours Pvt Ltd reviews
ITINERARY
Alt. in: ALTITUDE MAP
Expand All
WHAT'S INCLUDED WHAT'S EXCLUDED
Why Book with Bookmundi
What are customers saying about Bookmundi
Excellent
4.71 Average 334 Reviews

Other Practical InformationPlease note that this is a camping trek with limited facilities.
QUESTIONS AND ANSWERS Find answers to the most frequently asked questions about this tour.
Read more questions and answers
NEED HELP OR HAVE A QUESTION ABOUT THIS TOUR?
If you have any question about this tour or need help with planning a trip, please do not hesitate to get in touch with us. We're ready to help.
Get help
days 12 SavingUS$ 150
You have unlocked exclusive savings:
10% OFF TODAY From US$ 1,500 US$ 1,350
CHECK AVAILABILITY
Response Time: 3 hours Response Rate: 100% MAKE AN ENQUIRY