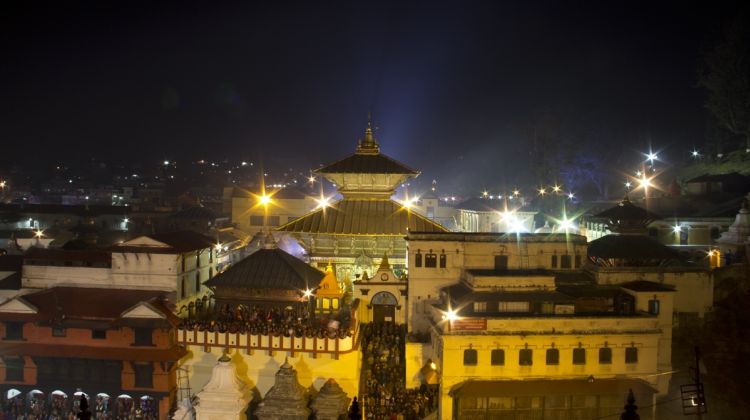 HIGHLIGHTS
From flying close to the Himalayas to driving through the plains of the Terai, from exploring the cultural heritages of the Kathmandu Valley to discovering Pokhara, Nepal's lake district, this 9-days, private tour will help you discover Nepal like never before.

We will pick you up upon arrival in Kathmandu. Enjoy a mountain flight on the second day of the tour. See some of the major highlights of Kathmandu, Bhaktapur and Lalitpur (the three cities in the Kathmandu Valley) before driving off for jungle safari trips to Chitwan National Park. Head for Pokhara and enjoy a city tour before it is time to drive back to Kathmandu.

See the best that Nepal has to offer during this guided trip. For more details, please go through the itinerary below.
View More
CUSTOMER REVIEWS ABOUT ICICLES ADVENTURE TREKS AND TOURS PVT LTD
5 - Excellent
Based on 68 reviews
Simon's review for another Icicles Adventure Treks and Tours Pvt Ltd tour
5 - Excellent
“It was my first hike over 3000m. I was nervous but everything went well although I did experience some symptoms of altitude sickness. My guide was very professional as well as friendly. He comforted me and was checking regularly at my symptoms in case they get worse. The whole trek was great with beautiful views all around. I also visited Pokhara after the trek. Nepal is a most beautiful place and trekking is the best way to see it. Its views, culture and friendly people make it an amazing place.”
Michel's review for another Icicles Adventure Treks and Tours Pvt Ltd tour
5 - Excellent
“From start to finish easy planning. Everything went smoothly. Icicles team made several recommendations which worked well for us. Guide: Bikash Porter: Rajkumar were very attentive. We requested some changes While trip was underway, which the team made happen. Highly Recommended.”
Icicles Adventure Treks and Tours Pvt Ltd responded to this review on 06 Feb 2019: “Thank you so much for your wonderful review. All the Icicles Adventure staffs deeply appreciate our guests taking time in their hectic schedules to write about us, its range of activities and services provided.
We are grateful to get support from you
Best regards
Icicles adventure treks and tours”
Nicholas' review for another Icicles Adventure Treks and Tours Pvt Ltd tour
5 - Excellent
“Essentially I did two treks: the well-known trip to Ghorepani and Poon Hill, and then on to the two base camps. I am 37 and in average physical condition and I found the going tough but not overwhelmingly so. The main challenge is climbing endless steps, both up and down. Hardly any of the trek is actually flat. I didn't have any trouble with my knees and I didn't need the trekking poles I bought in the end but if you don't think you can handle the strain on your knees and thighs etc then you'd probably best look at a trek which is flatter.

The first two days consist of walking up to Ghorepani via a series of tiny hamlets. In the sun it can be very hot, despite it being winter. The pre-dawn hike to Poon Hill was one of the hardest parts of the entire journey, mainly because it is done before breakfast and I felt quite weak and faint. I didn't think I would make it but I did in the end. The views at the top are beautiful. It wasn't freezing cold but gloves and a hat were handy. I borrowed a knock-off down jacket and used it during this climb and on a few other evenings but I could have done without it I think.

After Poon Hill was one of the most beautiful legs of the trek, walking through pine forests along the ridge of the mountains with spectacular views and then later alongside a stream until we reached Tadapani. After this there were a number of days where we didn't really ascend much but of course there were lots of steps up and down while we gradually skirted around the hills until we reached the valley which leads to MBC. Expect to see more hamlets, some villages, lots of cows and mules and goats, some flowers, plenty of trees and of course from time to time, the mountain peaks.

The final two sections from Bamboo to Deurali (3200 metres) and from Deurali to ABC (4100 metres) were very, very tough for me because I began to get out of breath due to the altitude. I was panting like I was running at top speed on the tread mill! My advice is simply to walk very, very slowly when climbing there. Try to take a breath for every step you take. (I was carrying 12kg on my back and it would definitely have been easier with a porter).

On the way down it was much quicker. It took me 2.5 hours to get from MBC to ABC, but on the way down, walking at brisk pace, I did the same distance in just 40 minutes. So my walking speed going up was 3 or 4 times slower than coming down.

I only stayed at ABC for an hour. The views are wonderful because you are surrounded by mountains and you can see (and hear) the glaciers. There are semi-frozen streams and huge boulders everywhere. I reached ABC on December 12th and it wasn't too cold but apparently I was lucky with the weather and in previous years it has been snowing at that time. That would have made things a lot more difficult.

One of the problems I had was washing clothes and drying them because there was so little sunshine, especially as we got higher. In the morning shade persisted until well after 10am and then the sun would go behind the peaks by around 3 or 4pm. At ABC the sun disappeared at 1.52pm!

A few items I brought with me which were very useful included a mini water filter (it paid for itself by the end), zip lock bags (to go to the toilet at night instead of walking outside in the freezing cold!), a portable clothes line (I dried my clothes in my room at night), oat bars (for a welcome snack and energy boost - these things aren't available in the trek), a high capacity power bank and a solar charger (you have to pay for electricity after Ghorepani), a microfibre towel (a normal towel would never dry!) and finally sunscreen spray (it gets very hot in the day).

I wish I had brought more liner socks (I had only two pairs, four would be better). Four hiking socks were enough. I also brought far too many chargers for my cameras and batteries and those weighed me down a bit. I also forgot to buy a sunhat which would have been useful. I had my own sleeping bag and a thermal liner and I was never cold at night. During the day I relied on trekking pants and a long-sleeved lightweight base layer. If the sun disappeared I either added a wool-based layer or my fleece. I had a thin rain jacket as well and that was very handy for keeping the wind off, though it wasn't very windy really and it never rained.

You can see the photos of my trek here: http://tinyurl.com/jlhyprp

NEED HELP OR HAVE A QUESTION ABOUT THIS TOUR?
If you have any question about this tour or need help with planning a trip, please do not hesitate to get in touch with us. We're ready to help.
Get help
days 09 From US$ 1,150
CHECK AVAILABILITY
Response Time: 3 hours Response Rate: 100% MAKE AN ENQUIRY