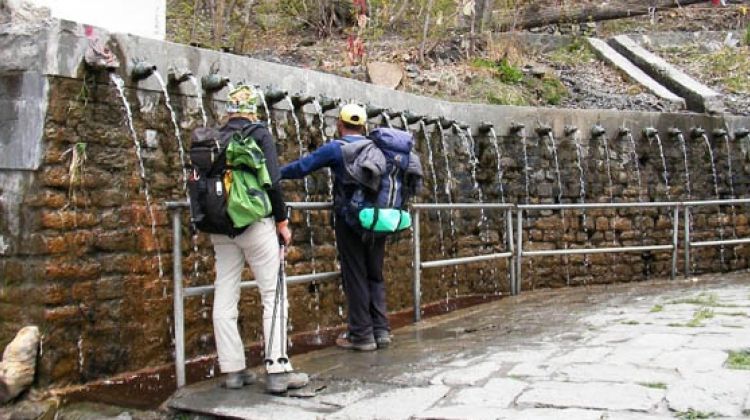 HIGHLIGHTS
Since it opened to foreign trekkers in 1977, the Annapurna Circuit has become renowned as one of the most spectacular trekking routes in the world with lush green valleys and fascinating villages that offer impressive snow-capped views of the white Himalayas. Starting from less than 1,000 meters, it gives us a chance to explore the Himalayas from bottom to top and from many different angles and perspectives. This three week trek starts right from Syange which goes along the Marshyangdi River, with great views of Manaslu and Himal Chuli to the east. This magnificent trek leads you to the fine village, inhabited by a wide diversity of people from different ethnic groups, offering spectacular and majestic views of the Himalayas. Continuing to the north of the main Himalayan range to the high and dry Tibetan Plateau, the scenery is equally breathtaking.

The highest point of the Annapurna Circuit is the Thorong La Pass at the top of the valley at 5,416 m. Due to the difficulties of crossing the pass, the circuit is usually walked in a counter-clockwise direction. Traveling clockwise the longer ascent and shorter descent from west to east is too much for many people to manage in one day.

As we descend to the west at Muktinath, from the pass we continue to the barren Tibetan like village of the Kali Gandaki – the world’s deepest gorge, passes between the giant Annapurna and Dhaulagiri mountains. After you cross the Thorong La Pass from Manang to Muktinath, we head to Tatopani hotsprings and climb to Poon Hill before descending to Pokhara.
View More
CUSTOMER REVIEWS
5 - Excellent
Based on 8 reviews
F
5 - Excellent
fantastic trek
“a wonderfully guided trek in a beautiful country. The variety of landscape, fauna and flora amazing. lovely tea house. my guide and porter looked after extremely well. took account of my abilities and checked my breathing was ok as we went on. The timing of starting out was perfect and we were the first people on the Thorang La to see the sunrise. He took account of my wishes and consulted me on the walk each day. I couldn't have asked for a more enjoyable experience.”
R
5 - Excellent
A Spectacular Trek
“A great experience. Loved the scenery and the people are especially welcoming to trekkers. Special thanks to Santosh and his crew. They really made the trek special.”
A
5 - Excellent
Annapurna Circuit Feb-Mar 2017
“If you want a trip with incredible scenery, awesome service, gracious guides and porters as well as a very reliable and trust-worthy trekking company, this trip is for you. We had such a wonderful yet challenging experience--all made fantastic by our guide and porters! We definitely plan to go to Nepal again and use Ace the Himilaya again!!”
T
5 - Excellent
Great time with my mother along too!
“Santosh and the Ace the Himalaya team were great! They were completely prepared to bend over backward to see to it we had a safe but adventurous trip. My mother (who is in her sixties) came as well. You would have thought the porters and guide were escorting their own mothers. We ended up doing some pretty exciting things like a jeep ride through a waterfall, walking up to Poon Hill for the most glorious sunrise of my life, ascending the Thorung La pass (17,700 feet).”
Read more reviews
ITINERARY
Alt. in: ALTITUDE MAP
Expand All
WHAT'S INCLUDED WHAT'S EXCLUDED
Why Book with Bookmundi
What are customers saying about Bookmundi
Excellent
4.69 Average 364 Reviews

QUESTIONS AND ANSWERS Find answers to the most frequently asked questions about this tour.
Read more questions and answers
NEED HELP OR HAVE A QUESTION ABOUT THIS TOUR?
If you have any question about this tour or need help with planning a trip, please do not hesitate to get in touch with us. We're ready to help.
Get help
days 20 From US$ 1,050 See Group Discount
CHECK AVAILABILITY
Response Time: 3 hours Response Rate: 100% MAKE AN ENQUIRY

Tour is operated by : Ace the Himalaya
149 Reviews
Currently 16:23 in Kathmandu - Open Now MAKE AN ENQUIRY Response Time: 3 hours Response Rate: 100%
YOU MAY ALSO LIKE 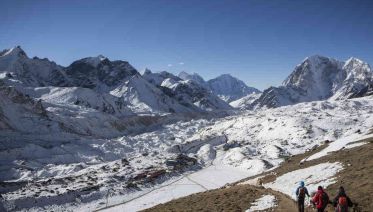 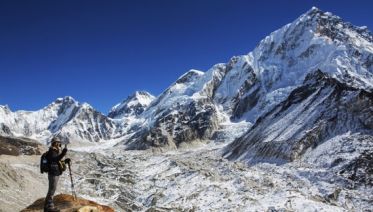 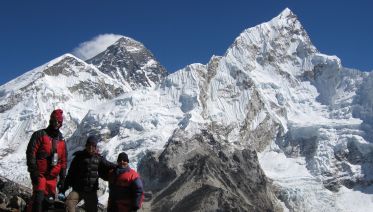 Everest Base Camp With Island Peak 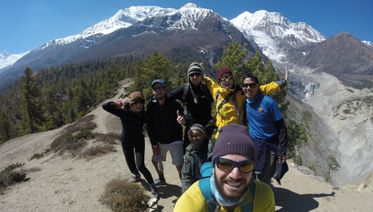 of 70 reviews
days15 From US$ 1,000
Other recommended tours
Related Nepal tours and trips
Nepal tour packages departing in
Welcome!