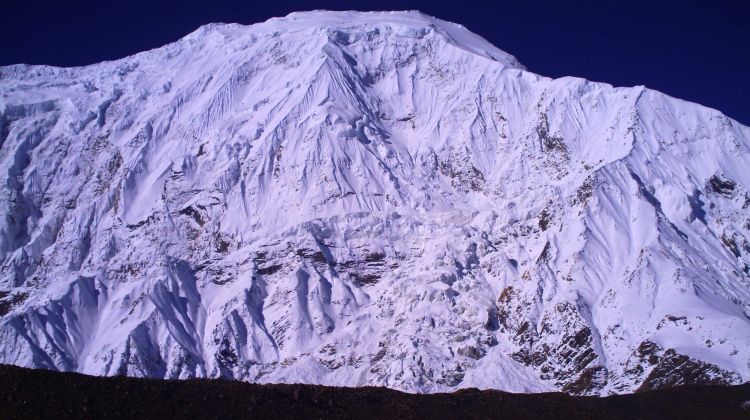 HIGHLIGHTS
Instead of just seeing the Himalayas from one vantage point, the Annapurna Circuit allows trekkers to view one of the highest peaks in the world from all sides. On this trek, circle round the Annapurna Range across geographically and culturally diverse regions in north-western Nepal. The diversity in offer makes this trek unlike any other in Nepal or the world over.

On this 17-day guided trek, you'll cross the lush and diverse district of Manang to the arid landscape of Mustang through the world's highest pass, Thorang La (5,416 m). The trek offers picturesque views of the Annapurna range, Kaligandaki gorge and Nepal's highest lake, Tilicho (4,919 m), while crossing numerous natural hot springs, waterfalls and pilgrimage sites along the way.

On the Annapurna Circuit, you can witness uncommon sights of Annapurna (8,097 m) with Dhaulagiri (8,167 m), Manaslu, Machhapuchhre, Tukuche and numerous other dazzling crests in the background all along the route. Along the circuit pass through various orchid timberlands, rhododendrons filled hillsides, flat grasslands and arid trans-Himalayan deserts as you witness a diverse landscape rarely afforded by any other trek. Along the way you'll also find people from numerous ethnicities and religions making the journey as culturally diverse as geographically. The extraordinary blend of nature and culture is the thing that makes the Annapurna Circuit trek a standout amongst the most celebrated trekking courses across the world.

Thank you for the short and sweet review here on Bookmundi. We appreciate it a lot!

In a nutshell, I couldn't have picked a better partner.

His ability to manage situations (as things are extremely fluid during adventures), remain calm, problem solves and handle updates is beyond exemplary.

Thank you for everything that you do.”
Nepal Climbing Adventure Pvt. Ltd. responded to this review on 30 May 2020: “Hello and Namaste from NCA Team!

We thank you for your wonderful review. We appreciate it a lot and willing to serve you again in future.

Thank you for choosing us and for your wonderful review here on Bookmundi.

QUESTIONS AND ANSWERS Find answers to the most frequently asked questions about this tour.
Read more questions and answers
NEED HELP OR HAVE A QUESTION ABOUT THIS TOUR?
If you have any question about this tour or need help with planning a trip, please do not hesitate to get in touch with us. We're ready to help.
Get help
days 17 From US$ 590 See Group Discount
CHECK AVAILABILITY
Response Time: 3 hours Response Rate: 100% MAKE AN ENQUIRY