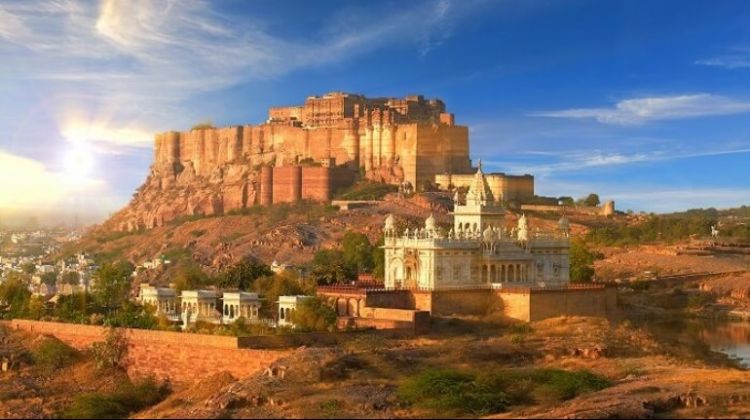 Tour with Flexible Booking Policy
HIGHLIGHTS
Join us on this private city tour of Jodhpur and discover the rich legacy left behind by the Rajputs. We will pick you up upon arrival at the airport, train or bus station or, in case you are already in the city, receive you at your hotel for this full-day sightseeing tour of Jodhpur city.

Your first stop is the Mehrangarh Fort and Museum, an important historical landmark and a popular Jodhpur attraction. See numerous beautiful palaces, galleries, ancient temples and a museum inside the complex. Next, head for Jaswant Thada, a 19th-century royal cenotaph that also features spectacular gardens.

Your last destination of the day is the famous Umaid Bhawan Palace, built in the 20th century to provide employment to 3,000 famine-stricken residents of Jodhpur. This palace has recently been transformed into a five-star heritage hotel.

We will drop you off after the tour is over at the airport, train or bus stations or your hotel in the city.
View More
WHAT'S INCLUDED WHAT'S EXCLUDED
Why Book with Bookmundi
What are customers saying about Bookmundi
Excellent
4.68 Average 345 Reviews

Other Practical InformationConfirmation will be received at the time of booking
NEED HELP OR HAVE A QUESTION ABOUT THIS TOUR?
If you have any question about this tour or need help with planning a trip, please do not hesitate to get in touch with us. We're ready to help.
Get help
hours 06 From US$ 17
CHECK AVAILABILITY
Response Time: 3 hours Response Rate: 100% MAKE AN ENQUIRY