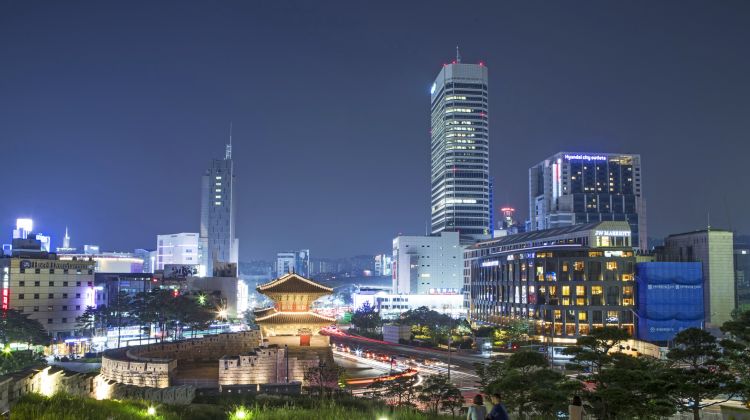 HIGHLIGHTS
Join us on this fascinating, all-encompassing trip to South Korea and be part of a guided, 10-day tour that will take you to some of the most popular destinations as well as the less-known hidden treasures of the country. We will pick you up from Incheon international Airport on the first day of the tour and drive you to your hotel.

Enjoy a full-day sightseeing tour of Seoul on the second day of the trip. See some of the major landmarks of the city, including Gwanghwamun Gate, Gyeongbokgung Palace, Jogyesa Temple, the famous shopping district of Myeongdong and the YTN Seoul Tower (popularly called the N Seoul Tower).

Head for Gongju next. The ancient capital of the Baekje Kingdom, Gongju is home to the Songsan-ri Tombs as well as Gongsanseong Fortress. Travel to Boseong Green Tea Plantation and try their famous produce. See Jinjuseong Fortress, historically linked to the Japanese invasion in 1592 AD, as well as the Bulguksa Temple in Gyeongju, a UNESCO World Heritage site.

See the second-largest automobile plant in the world on the way to Ulsan as well as the ski jump tower at the Alpensia Ski Jumping Stadium, one of the venues of the 2018 Winter Olympics. Learn more about the two thousand years of Korean history and savour a variety of delicious, local cuisines along the way. We will drop you off at Incheon International Airport according to your flight schedule on day 10.
View More
ITINERARY Expand All
WHAT'S INCLUDED WHAT'S EXCLUDED
Why Book with Bookmundi
What are customers saying about Bookmundi
Excellent
4.71 Average 310 Reviews

Other Practical InformationThe itinerary/accommodation is subjects to change due to local circumstances. This is a group joining tour and people are from all English speaking countries. Additional blackout date may apply without notice. Children must share room with 2 adults to receive the child rates. No Partial refund for missing breakfast due to early departure flight schedule. Transportation: Van (1-4 people) or Mini coach (5-9people) or Large-sized coach (10 or more people) Single Supplement Charge is for any odd number of guest or guest who requests single room. Local driver cannot speak English. ◆Joint Tour operation important notice◆ Your group may be joined with other tour groups during the tour. Please make a note that your seat assignment may be changed once other groups join the tour.
NEED HELP OR HAVE A QUESTION ABOUT THIS TOUR?
If you have any question about this tour or need help with planning a trip, please do not hesitate to get in touch with us. We're ready to help.
Get help
days 10 From US$ 2,000 Flat Rate
CHECK AVAILABILITY
Response Time: 2 hours Response Rate: 100% MAKE AN ENQUIRY 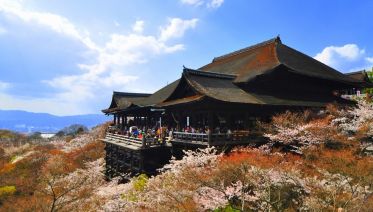 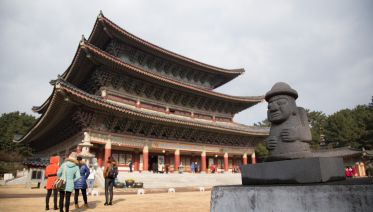 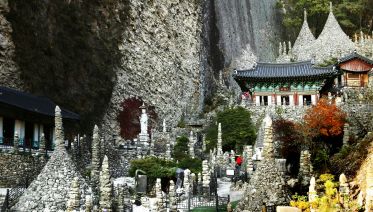 Around South Korea In 9 Days 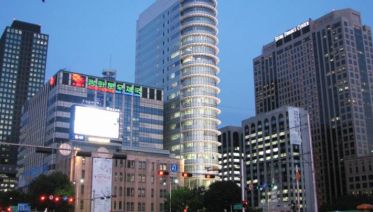 days7 From US$ 2,655
Other recommended tours
South Korea tour packages departing in
Welcome back!