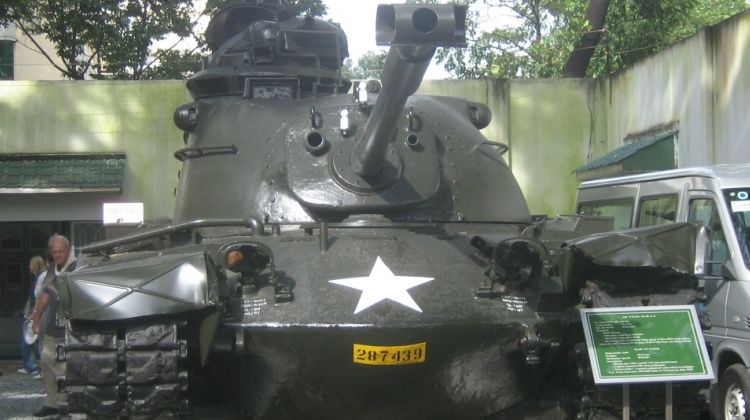 HIGHLIGHTS
At 8.30am your tour guide and car will pick you up from your hotel and will start our tour of Ho Chi Minh City. You will get to know its history and culture by stopping at:

The Reunification Palace - on April 30th, 1975, what the Vietnamese refer to as the 'American War' officially ended when tank number 843 of the North Vietnamese Army crashed through the gates of what was, at the time, the residence of the President of the Republic of Vietnam

War Remnants Museum - formerly known as the Museum of American War Crimes is a poignant display of the futility of war. Some of the black and white photography in the 'Requiem' exhibit is particularly touching and is dedicated to both foreign and Vietnamese journalists and photographers who perished during the conflict.

Notre Dam Cathedral and General Post Office were built around 1877 and 1883 respectively. These two iconic buildings are fine examples of French colonial architecture. Remarkably every stone used in the building of the Notre Dam Cathedral was shipped from France to Vietnam. The Old Post Office is also the country's largest post office.

The Opera House, after the lunch at local restaurant, we take you to see Chinatown and the Chinese market Binh Tay. We then move on to Thien Hau Pagoda, a temple entered through an iron gate and crossing a small courtyard. The roof is decorated with delicately fashioned porcelain figurines expressing themes from Chinese religion and legends. Lanterns and wooden models of Chinese theaters hang over the entrance. Our final stop before taking you back to your hotel is Ben Thanh Market, one of Vietnams largest markets and a real heart beat of Ho Chi Minh culture.
View More
WHAT'S INCLUDED WHAT'S EXCLUDED
Why Book with Bookmundi
What are customers saying about Bookmundi
Excellent
4.68 Average 348 Reviews

NEED HELP OR HAVE A QUESTION ABOUT THIS TOUR?
If you have any question about this tour or need help with planning a trip, please do not hesitate to get in touch with us. We're ready to help.
Get help
hours 08 From US$ 49 See Group Discount
CHECK AVAILABILITY
Response Time: 1 hour Response Rate: 100% MAKE AN ENQUIRY