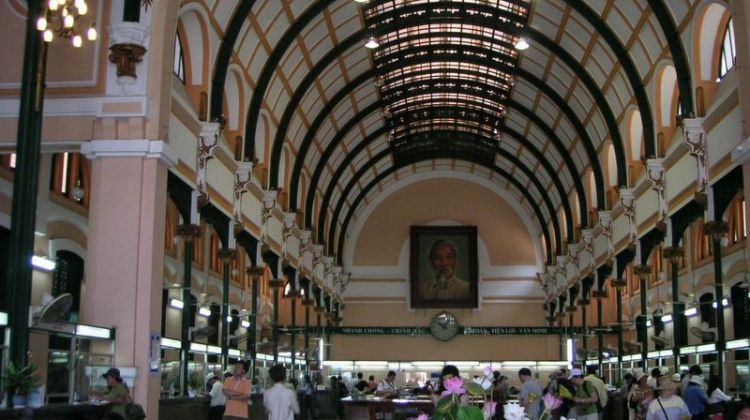 HIGHLIGHTS
Learn more about the history and culture of Ho Chi Minh City on this 4-hour tour of the city. Your tour guide will pick you up from your hotel and drive you to some of the most important sights of the city.

Visit Reunification Palace first. This is the same place where, on April 30th, 1975, what the Vietnamese refer to as the 'American War' officially ended when tank number 843 of the North Vietnamese Army crashed through the gates (it was the residence of the president of the Republic of Vietnam until then).

Your next stop is the War Remnants Museum, formerly known as the Museum of American War Crimes. The museum has a collection of various items that deal with the futility of war. Some of the black and white photographs in the 'Requiem' exhibit are particularly touching and are dedicated to both foreign and Vietnamese journalists and photographers who perished during the conflict.

Explore the grand Notre Dam Cathedral, which was built in 1877. This iconic building is regarded as among the finest examples of French colonial architecture. Remarkably, every stone used in constructing this building was shipped from France.

Nearby is the General Post Office, yet another stellar example of French colonial architecture that was built in 1883. This post office is also the largest such office in the country. Take a trip to the Ngoc Hoang (Jade Emperor) Pagoda next. The pagoda is famous for its dozens of cardboard statues depicts various genies.

Your final destination is the Bến Thành Market, a bustling centre of trade located in District 1, in central Hồ Chí Minh City. Apart from being a centre of trade in the city, this market is widely regarded as one of the earliest surviving such structure in the whole of Saigon.

Transfer back to your hotel after the tour is over. The tour has departure times in the morning as well as in the afternoon ( 8.00 am and 12:30 pm).

NEED HELP OR HAVE A QUESTION ABOUT THIS TOUR?
If you have any question about this tour or need help with planning a trip, please do not hesitate to get in touch with us. We're ready to help.
Get help
hours 04 From US$ 23 See Group Discount
CHECK AVAILABILITY
Response Time: 2 hours Response Rate: 100% MAKE AN ENQUIRY