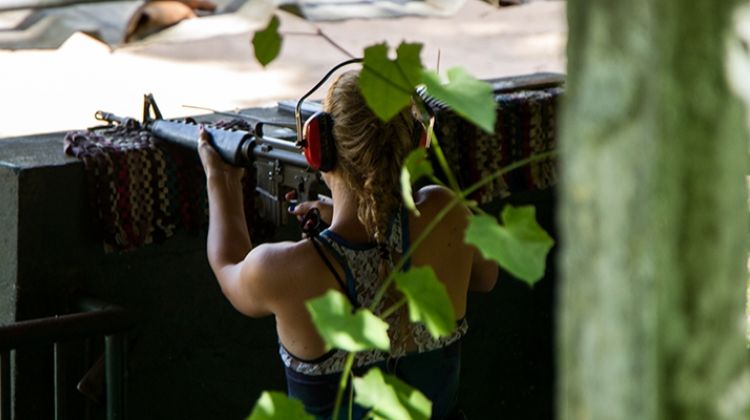 HIGHLIGHTS
Cu Chi Tunnels, a network of tunnels stretching over 250 kilometers, have proven to be one of the most famous and historical aspects of the Vietnam War. The tunnel system was created in 1948 to assist the Viet Minh as they fought the French for independence. Digging and building of tunnels continued over the next 25 years until it was an underground city with living areas, kitchens, storage, weapons factories, field hospitals and command centers. The tunnels could house thousands of people who lived almost entirely underground for years. There, people led relatively normal lives, which included getting married and raising children. During the American War, the entire area of Cu Chi was designated as a free fire zone; and was therefore, heavily attacked and bombed. In 1988, two sections of tunnels were opened up for visitors. Now you have the chance to enjoy this wonderful and informative experience. Created with “moving parts” these structures were designed to livable for long periods of time.
And for those who are interested, there is an opportunity for you to fire off rounds from a war era M16 or AK47 at the nearby firing range. (This activity is optional; Fees for firing range are not included)

NEED HELP OR HAVE A QUESTION ABOUT THIS TOUR?
If you have any question about this tour or need help with planning a trip, please do not hesitate to get in touch with us. We're ready to help.
Get help
hours 04 From US$ 43
CHECK AVAILABILITY
Response Time: 2 hours Response Rate: 100% MAKE AN ENQUIRY