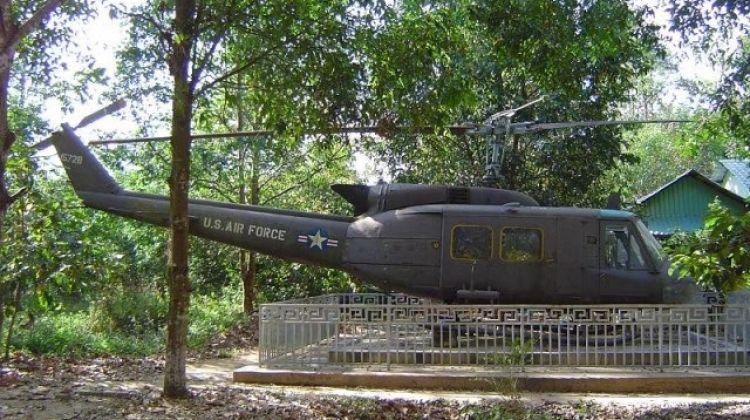 HIGHLIGHTS
This special tour (maximum 7 people a group) is perfect for history and war buffs, will take you back to wartime where you can explore the famous Cu Chi tunnels, try your hand at shooting accuracy with an AK-47 and even sample food eaten by Vietnamese soldiers during the war.

8:00AM. We will pick you up at your hotel in Ho Chi Minh city and head to Cu Chi Tunnel for 1 and a half hour car ride. Cu Chi is now considered a heroic district for its role in the anti - American war in Vietnam. It is legendary for its tunnels system of over 220 km and is a popular spot for both Vietnamese and foreigner.

The famous Cu Chi tunnels are a network of underground tunnels in Ho Chi Minh City. The tunnels were used as a military base for resistance to US forces during the Vietnam War and often used as hiding spots or spy activities.

Along the way to Cu Chi, we will pass by the scenic local countryside, where you might even spot ducks and buffalo cooling off in the river. You will find it hard to imagine the destruction and damage that once dominated the area, caused by bombing and mines when Cu Chi was "a free target zone."

Lunch at local restaurant. Tour end around 15:00 at your hotel.
View More
CUSTOMER REVIEWS
5 - Excellent
Based on 13 reviews
Excellent
5 - Excellent
“this was so perfect and interesting to visit the huge tunnels and learn about vietnam war”
Great
5 - Excellent
“I enjoyed all activities. What really made the tour though was our tour guide Laura. She was passionate and enthusiastic professional and very friendly. Would recommend to others.”
perfect
5 - Excellent
“Very good - the itinerary made it easy to see a large amount of the country in a short amount of time and the tour leader made sure everyone knew the best things to see in each new place.”
perfect
5 - Excellent
“Although it was a budget tour the accomodation was surprisingly nice and centrally located. Our tour guide Gloria was awesome and so knowledgable. We saw so much in the little time we had and it was a great experience”
Read more reviews
WHAT'S INCLUDED WHAT'S EXCLUDED
Why Book with Bookmundi
What are customers saying about Bookmundi
Excellent
4.71 Average 318 Reviews

NEED HELP OR HAVE A QUESTION ABOUT THIS TOUR?
If you have any question about this tour or need help with planning a trip, please do not hesitate to get in touch with us. We're ready to help.
Get help
hours 07 From US$ 55
CHECK AVAILABILITY
Response Time: 3 hours Response Rate: 100% MAKE AN ENQUIRY