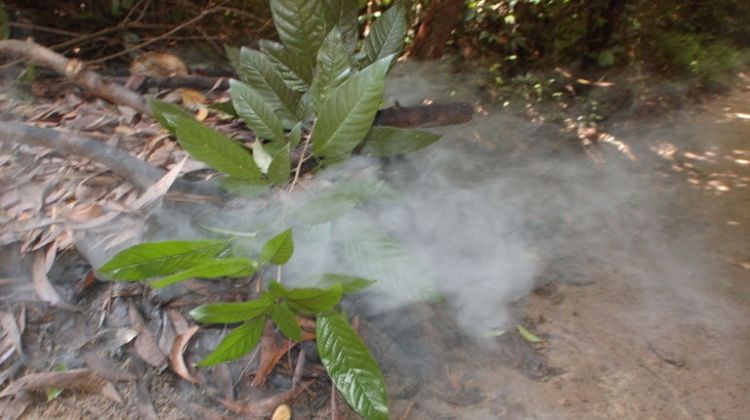 HIGHLIGHTS
You will start the trip around 07:30 at Ho Chi Minh Center. Join in a 1.5-hour bus ride from the city, through a traditional village, to reach Cu Chi tunnels.

The Cu Chi Tunnels are one of the most famous historic sites in Vietnam. It is a huge network of tunnels connecting the underground that used to be the hideout for the military during the Vietnam War.

Upon your arrival, you will be given several short introductions accompanied by an video showing you the way the tunnels were built as well as the way local people survived in the serious conditions of the war.

Next, you will discover the remaining area and tunnel systems which consists of the stunningly built living areas featuring all the necessities such as kitchens, bedrooms and other manmade amenities such as field hospitals, storage, weapons factories, and command centers aiding anyone staying inside the tunnels.

Moreover, you will also have time to explore the many hidden trap doors and dangerous traps within the complicated tunnels built for the purpose of security during the war.

After that, you will be served a cup of special tea and cassava before firing a real gun.

Finally, you will be transferred back to Ho Chi Minh City and the trip ends around 2 pm.
View More
WHAT'S INCLUDED OPTIONAL ADDONS (Available during check-out) WHAT'S EXCLUDED
Why Book with Bookmundi
What are customers saying about Bookmundi
Excellent
4.68 Average 348 Reviews

Other Practical InformationAdditional information: Pickup location is at 220 De Tham str., between 07:30 – 07:45 am. Free pickup at hotels at Phạm Ngũ Lão, Đề Thám, Bùi Viện streets around 07:30 – 07:45 am. Pickup around 07:45 – 08:15 am with supplement surcharge US$3/1 person/1 way for hotels in the Centre of District 1 with the streets below: Lê Thánh Tôn, Lý Tự Trọng, Đồng Khởi, Nguyễn Huệ, Trương Định, Bùi Thị Xuân, Thái Văn Lung, Thi Sách. Others locations is subject to the availability and will incur a supplement surcharge, please contact for further information.
NEED HELP OR HAVE A QUESTION ABOUT THIS TOUR?
If you have any question about this tour or need help with planning a trip, please do not hesitate to get in touch with us. We're ready to help.
Get help
hours 05 From US$ 31
CHECK AVAILABILITY
Response Time: 1 hour Response Rate: 100% MAKE AN ENQUIRY