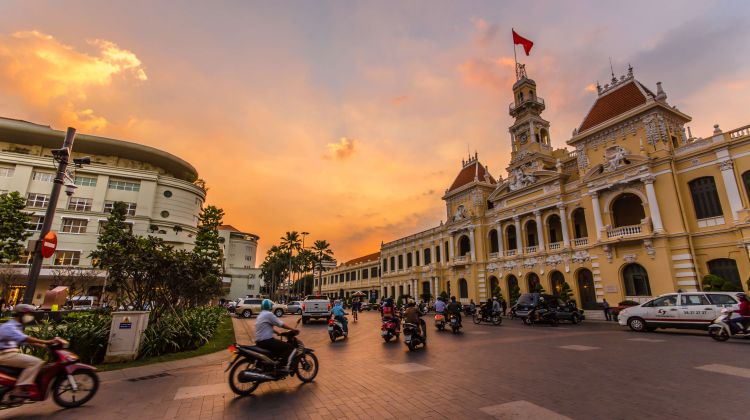 HIGHLIGHTS
In the morning at 8:00AM. we depart from Ho Chi Minh city to Cu Chi Tunnels. Cu Chi is now considered a heroic district for its role in the anti - American war resistance during the Vietnam war. It is legendary for its over 220km underground tunnel system and is a popular tourist site for both Vietnamese and foreigners.

Along the way to Cu Chi from Ho Chi Minh city, we will pass by the scenic local countryside, where you might even spot ducks and buffalo cooling off in the river. You will find it hard to imagine the destruction and damage that once dominated the area, caused by bombing and mines when Cu Chi was "a free target zone."

After the tunnels, we'll stop for a lunch of local Vietnamese cuisine before heading back Ho Chi Minh. Here, we'll visit the Reunification palace, which was the former residence of the President of South Vietnam until the end of the war in April 1975, The Notre Dame cathedral, the General Post Office and the War Remnant Museum.

NEED HELP OR HAVE A QUESTION ABOUT THIS TOUR?
If you have any question about this tour or need help with planning a trip, please do not hesitate to get in touch with us. We're ready to help.
Get help
days 01 From US$ 69
CHECK AVAILABILITY
Response Time: 2 hours Response Rate: 100% MAKE AN ENQUIRY