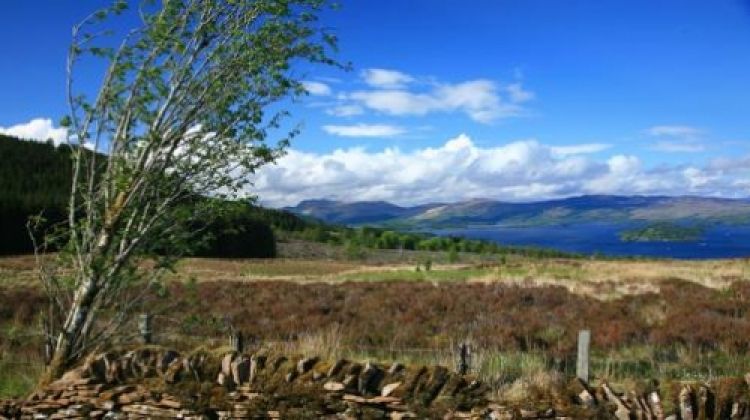 HIGHLIGHTS Download trip brochure
Starting in Helensburgh and ending in Dunbar, the trip John Muir Way is a self-guided walking tour that takes 12 days. You will be traveling through Kilsyth, Dunbar, North Berwick and 8 other destinations in Scotland and England. John Muir Way is a trip which includes accommodation in hotels, meals and others. Please see the package includes section for further details.

A symbolic walk linking Dunbar, Loch Lomond and Helensburgh creating a Scottish Coast to Coast walk. John Muir was born in Dunbar on April 21st 1838, and as a child developed a deep love of the natural world around his home. He was known to escape from his bedroom window into the Dunbar countryside and he began his "love affair" with nature. He is best known for his conservation voice establishing the ‘Sierra Club’, his writing and for encouraging the establishment of the Yosemite National Park. Scotland has been quite slow to recognize its famous son, The John Muir Trail in California has been famous for years, but it took until 2014 for him to be honoured with a trail in his native land. The John Muir Way is a route that symbolically links Dunbar with Scotland’s first national park, Loch Lomond and the Trossachs and with Helensburgh in the west, forming a Scottish coast to coast route. It provides an accessible and varied route across the Scottish low lands, following a mixture of seaside, river and canal side paths, with some forestry walking for good measure. Altogether the route links together some fine landscapes, countryside and places of historical and natural interest.
View More
CUSTOMER REVIEWS
3.5 - Very Good
Based on 2 reviews
Average
3 - Average
“The John Muir Way trip is a great way to see Scotland up close and personal, enjoy a variety of accommodation and meet some lovely people. I did the trip on my own but never felt apprehensive or concerned. I wasn't able to walk all of the legs due to a hip condition but the helpful guide outlines how you can access public transit to give you a break when you need it.”
Very Good
4 - Very Good
“My husband and I travel extensively, and we try to make
sure that every trip we take is a little different - a new
adventure! This trip through Scotland was absolutely
amazing - by walking through the country we were able to
connect with the place and with the people in such a
profound way. While in South Berwick we shared a table and
some beer at a pub with a family from England. While
walking to Dunbar, we walked with a lady foraging for
mushrooms. Walking along the coast we met a birder who
shared his knowledge of the local birds. We had amazing
food and we saw amazing scenery! We would definitely
recommend this type of trip for adventurous souls like us!”

No additional cancellation fees apply for this John Muir Way tour. You can cancel the tour up to 70 days prior departure and avoid paying the full amount, but your deposit paid is non-refundable. No refund applies for cancellations within 69 days of departure.

For this John Muir Way tour getting the required visa(s) is the responsibility for each individual traveller, as visa requirements vary depending on your nationality. We recommend to check with your local embassies representing the countries that you are travelling to, as part of this itinerary.

NEED HELP OR HAVE A QUESTION ABOUT THIS TOUR?
If you have any question about this tour or need help with planning a trip, please do not hesitate to get in touch with us. We're ready to help.
Ask a question
days 12 SavingUS$ 65
You have unlocked exclusive savings:
5% OFF TODAY From US$ 1,290 US$ 1,225
CHECK AVAILABILITY
Response Time: 3 hours Response Rate: 100% MAKE AN ENQUIRY

Tour is operated by : Sherpa Expeditions
199 Reviews
Currently 09:27 in London - Open Now MAKE AN ENQUIRY Response Time: 3 hours Response Rate: 100%
Download Trip Notes Enter your email to get a PDF file containing all the trip information for the John Muir Way tour.
Trip Notes Sent
We have sent the trip notes for this tour to:

If you book the John Muir Way tour within the next 5 days, you can get by applying the following code: