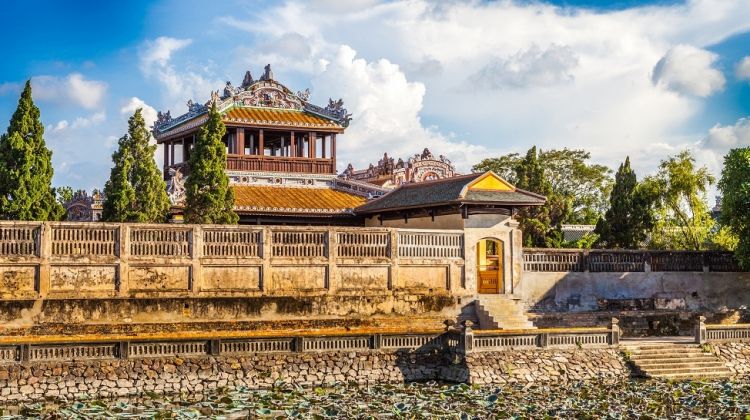 HIGHLIGHTS
From the winding alleys of Hanoi’s Old Quarter to the ancient city of Hue, from the UNESCO World Heritage site of Hoi An to the beautiful beaches of Nha Trang, this 11-day, guided tour will help you discover the wonders of Vietnam.

Start this tour from Vietnam's historic capital city of Hanoi, where we will pick you up on arrival. Set out on a private, guided tour of the capital city and discover its French colonial architecture, colourful markets and explore its narrow, labyrinthine streets. See some of Vietnam’s most iconic monuments, including the Ho Chi Minh Mausoleum and the Temple of Literature.

Board the Reunification Express, Vietnam’s historic north-to-south railway, next and head for the ancient city of Hue. Get the chance to enjoy a dragon boat cruise along the Perfume River and see the attractions that are located along the banks of the river.

Your next destination is the old trading port of Hoi An, a UNESCO World Heritage site. Continue your journey south from Hoi An with a stop at Nha Trang, Vietnam's most popular beach destination that is also known for its Cham ruins, Buddhist temples and gothic-style Catholic churches.

Head for the coastal town of Mui Ne, famous for its huge, red-and-white sand dunes before travelling to the final destination of this trip, Saigon, also known as Ho Chi Minh City, which is famous for the pivotal role it played during the Vietnam War. Discover the colonial influences found throughout the city before we drop you off at the airport on the final day of the tour.

NEED HELP OR HAVE A QUESTION ABOUT THIS TOUR?
If you have any question about this tour or need help with planning a trip, please do not hesitate to get in touch with us. We're ready to help.
Get help
days 11 From US$ 4,450
CHECK AVAILABILITY
Response Time: 1 hour Response Rate: 100% MAKE AN ENQUIRY