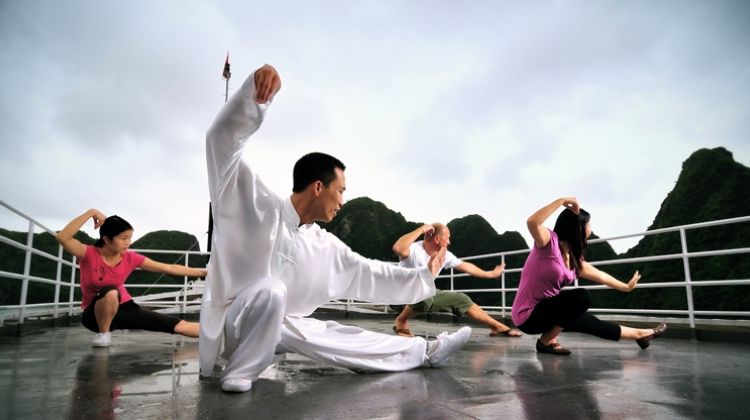 HIGHLIGHTS
Ha Long Bay is located in the northeast corner of Viet Nam, 165 km from Ha Noi. In the Province of Quang Ninh. Ha Long Bay covers an area of 1,553 km2 with 1,969 islands, of which 90% are limestone islands. To the west and north west, Ha Long Bay stretches from Yen Hung district in Ha Long city to Cam Pha town in Van Don district; to the south-east and in the south, Ha Long Bay borders the western shore of Tonkin Gulf; to the southwest the Bay borders Cat Ba island (Hai Phong province).

Ha Long Bay’s center area was regognized as a world heritage area by UNESCO and covers an area of 434 sq. Km, including 775 islands, of which 411 are named. It is bound by Dau Go island( in the west), Dau Be island (in the south) and Cong Tay island(in the east).

Climb aboard a junk-style boat and cruise among the remarkable limestone karst formations of Ha Long Bay on a 2-day tour from Hanoi. Watch cookery demonstrations, and kayak in the emerald waters. Visit fishing villages and the discover hidden caves.