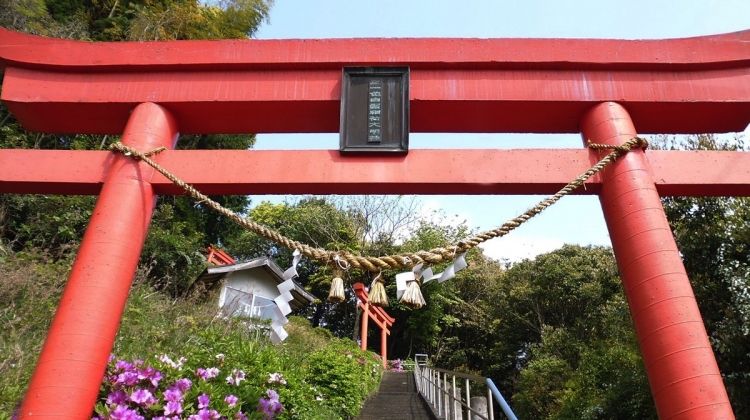 The forested slopes of Kunisaki peninsula of Kyushu have samurai castles, Buddhist temples, and rugged volcanic nature to reveal. Many overlook this remote corner of Kyushu, but those who make the effort will discover some of the most undisturbed pawā spotto (spiritual places) in all of Japan.

We meet in Fukuoka and quickly head out with a ride along the Chikugo River to an Edo-era town. After climbing up our only significant hill, we descend to the town of Usa and visit a Shinto shrine dating back to 708. Then ride around the conical 731-m high Mt. Futago volcano that has 28 ravines extending from the centre. Cycling around the perimeter allows us to avoid climbing and we can explore the beaches, ports and some hidden temples in the forest. This area is also very rural and known for producing scallions, leeks, tomatoes and prized kabosu limes.

Before we leave the peninsula we'll visit the town Kitsuki, often referred to as "little Kyoto" of Kyushu Island. This picturesque town is often used today as backdrops for Japanese movies based in the Edo Period. We'll go to the historic Samurai district and to Kitsuki Castle, the smallest in Japan. We end our tour in one of Japan's top spa destinations, Beppu. Besides luxuriating in an onsen you can also see Beppu's unique hot springs where the water bubbles forth in different manifestations - ruby red water, steamy blue, muddy brown and even a geyser that shoots off about every 35 minutes.

No additional cancellation fees apply for this Kyushu Onsen to Onsen tour. You can cancel the tour up to 45 days prior departure and avoid paying the full amount, but your deposit paid is non-refundable. No refund applies for cancellations within 44 days of departure.

For this Kyushu Onsen to Onsen tour getting the required visa(s) is the responsibility for each individual traveller, as visa requirements vary depending on your nationality. We recommend to check with your local embassies representing the countries that you are travelling to, as part of this itinerary.

Minimum Participants The minimum number of Participant for this trip is 2
NEED HELP OR HAVE A QUESTION ABOUT THIS TOUR?
If you have any question about this tour or need help with planning a trip, please do not hesitate to get in touch with us. We're ready to help.
Get help
days 06 From US$ 2,500
Unlock US$ 125 in extra savings CHECK AVAILABILITY
Response Time: 3 hours Response Rate: 100% MAKE AN ENQUIRY

Tour is operated by : SpiceRoads
1 Reviews
Currently 00:52 in Bangkok MAKE AN ENQUIRY Response Time: 3 hours Response Rate: 100%
Download Trip Notes Enter your email to get a PDF file containing all the trip information for the Kyushu Onsen to Onsen tour.
Trip Notes Sent
We have sent the trip notes for this tour to:

If you book the Kyushu Onsen to Onsen tour within the next 5 days, you can get by applying the following code: