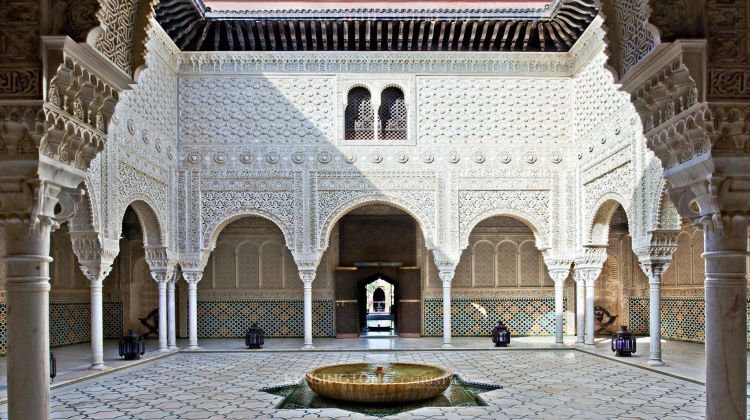 HIGHLIGHTS
From the beautiful Islamic architecture of Marrakesh and Fez to the terracotta huddles of Ouarzazate that hark back to its rich past as a city along a trade route, this guided, eight-day tour is for those interested in the culture and history of Morocco.

Your journey starts from Fez, where we will pick you up on arrival. A full-day sightseeing tour of Morocco's spiritual capital is followed by a trip to Erfoud, an oasis town popular among filmmakers. Continue to Ouarzazate, known for its kasbahs where once dwelled merchants involved in trans-Saharan trade.

Leave Ouarzazate behind and drive through the High Atlas Mountains to the final destination of this tour: Marrakesh. An imperial city in the foothills of the Atlas Mountains, Marrakesh is a beauty to behold. Visit the royal necropolis known as the Saadian Tombs and see the majestic Bahia Palace. Also included is a trip to the 12th century Menara Garden, where orchards surround a man-made lake.

Along with the cultural highlights of Morocco, you will also get the chance to see some of its natural landmarks during this trip. See the canyons of Todra during your drive from Erfoud to Ouarzazate and cross Tizi n'Tichka (Tichka Pass) on the way to Marrakesh.

Your journey comes to an end in Marrakesh where we will drop you off at the airport for your flight home.

NEED HELP OR HAVE A QUESTION ABOUT THIS TOUR?
If you have any question about this tour or need help with planning a trip, please do not hesitate to get in touch with us. We're ready to help.
Get help
days 08 SavingUS$ 99
You have unlocked exclusive savings:
10% OFF TODAY From US$ 986 US$ 887
CHECK AVAILABILITY
Response Time: 3 hours Response Rate: 100% MAKE AN ENQUIRY