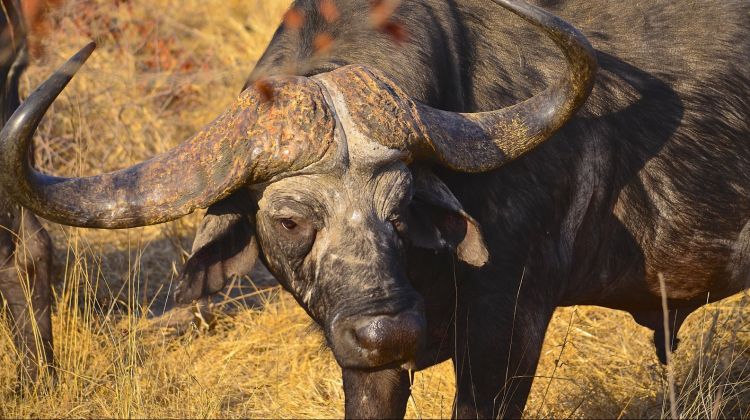 HIGHLIGHTS
Roam among the exquisite wildlife of Africa at the Hluhluwe-Imfolozi Game Reserve. The reserve, established in 1895, is the oldest in South Africa and provides a rare opportunity to see the Big Five of Africa: lion, elephant, leopard, buffalo and rhinoceros, on a single safari. Afterwards, experience Zulu culture unaffected by modernization at DumaZulu Cultural Village.

Start the journey by heading north from Durban to KwaZulu-Natal. After almost three-hours’ drive, you’ll arrive at the Hluhluwe-Imfolozi Game Reserve. On this closed vehicle tour, your experienced guide will show you around a section of the 98,000 hectares of the park in search of diverse wildlife and Africa’s Big Five. The reserve's hilly topography is home to immensely diverse flora and fauna.

You’ll stop for lunch at Hilltop Camp (at your own expense) giving you time to refuel and relax. The restaurant is situated on top of a hill and gives visitors the chance to enjoy the surrounding scenery. After lunch complete your safari and head to DumaZulu Cultural Village.

DumaZulu Cultural Village is located near the Hluhluwe-Imfolozi Game Reserve in the heart of Zululand. Translated to “Thundering Zulu,” DumaZulu is South Africa’s largest Zulu cultural village with over 50 Zulu locals who living and working in the area.

The village depicts Zulu culture before modernization and is considered a living museum. The village is laid out in the tradition Zulu design of beehive huts arranged in a circle around a cattle kraal. You’ll be welcomed to the village by a local DumaZulu tour guide who’ll explain and share interesting traditions and customs of the Zulu people.

You can observe the traditional basket-weaving, spear- and shield-making techniques from the locals as well as watch traditional bone-throwing and Zulu dancing and singing performances.

NEED HELP OR HAVE A QUESTION ABOUT THIS TOUR?
If you have any question about this tour or need help with planning a trip, please do not hesitate to get in touch with us. We're ready to help.
Get help
hours 13 From US$ 237 See Group Discount
CHECK AVAILABILITY
Response Time: 3 hours Response Rate: 100% MAKE AN ENQUIRY