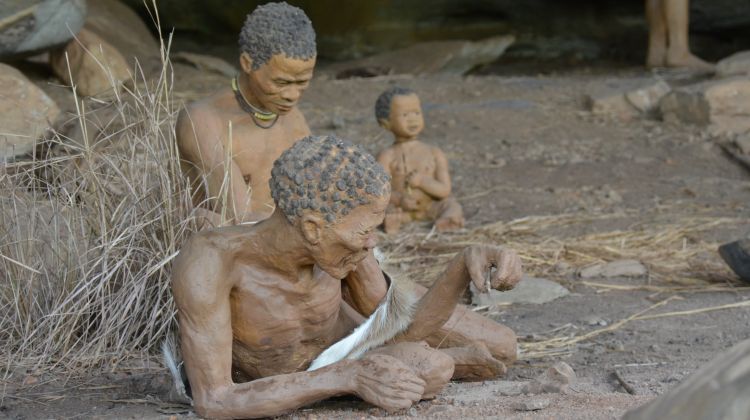 HIGHLIGHTS
The tour starts off with a visit to Pietermaritzburg, the capital of KwaZulu Natal. There we will stop by Pietermaritzburg's City Hall, which claims to be the largest brick building in the southern hemisphere. There we will visit the Gandhi statue also before we head towards the Drakensberg mountains.
We head towards the Giants Castle Reserve in Drakensburg Mountain range. Conveniently built high on the front of the Drakensberg, Giant's Castle camp is surrounded by beautiful landscape, deep valleys and grassy highlands which presents tourists with spectacular unforgettable views.
Giant’s Castle Reserve has a set of sandstone caves which have been turned into an outdoor museum. The San Rock Art depicts life of the San and Khoekhoe people who lived in South Africa for 1000s of years before Bantu and European migration. Both considered ‘hunters and gatherers’, the San were more nomadic that the Khoekhoe, who started to herd cattle when introduced by the bantu people who migrated from central Africa. The San and the Khoekhoe used rock art to communicate their story between clans and people.
Giants Castle’s caves is one of the best maintained Cave Rock Sites in KwaZulu-Natal and South Africa. The site has been developed for tourism and offers guided tours on the hour from 9am – 3pm daily. Only 30 minutes from the camp the leisurely trail offers guests an original cultural experience and a spectacular landscape adventure. The local guide will elaborate and display the history and culture behind some of the best-preserved artwork by the San people.
Next stop will be the small town of Howick to visit its waterfall. KwaNogqaza or Howick Falls is approximately 95 m in height and lies on the Umgeni River. The local Zulu people named it the “Home of the Tall” referring to its height. Next to the falls lies a quaint old section of Howick which has a selection of historical museums and antique stores to visit.
Next is the Nelson Mandela Capture Site Statue and Apartheid Museum. The Capture Site boasts a large sculpture of Nelson Mandela made up of multiply steel columns which stand between 6 and 9 metres tall. Tourists at the Capture Site are required to stand 35 meters away from the large Nelson Mandela bust for it to come into clear focus. Facing west the impressive sculpture creates a uniquely beautiful landscape for the local Howick community. The museum is dedicated to Nelson Mandela’s life and his struggle against Apartheid government.

Other Practical InformationDeparture/return location: pickup & drop off service within a 10km radius of Durban. Departure time: 07:30 am Return time: 06:30 pm Wear: comfortable clothing, walking shoes, hat, sunscreen, jacket. Physicality: Some fitness needed for a 40-minute walk Age: all ages welcome Traveller type: single or per person sharing *German and Polish languages can be requested (on request) * After 15:00 PM, please immediately contact Mr Sotiris on +27 82 7766 771 / Bongani +27 766 066 028 / Christo +27 82 7766 7897 by phone or whatsapp the day before the trip. * If the last minutes booking is before 15:00 PM, kindly contact by email:info@zulusafaris.com
NEED HELP OR HAVE A QUESTION ABOUT THIS TOUR?
If you have any question about this tour or need help with planning a trip, please do not hesitate to get in touch with us. We're ready to help.
Get help
hours 11 From US$ 214 See Group Discount
CHECK AVAILABILITY
Response Time: 3 hours Response Rate: 100% MAKE AN ENQUIRY