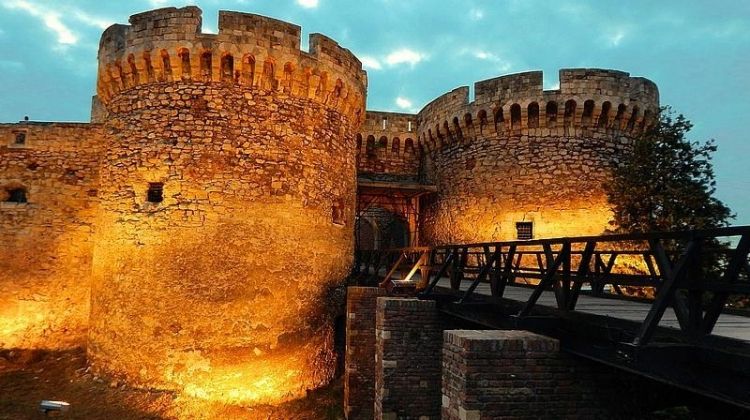 The tour begins by the sea in the ancient walled city of Dubrovnik before heading north up the scenic Adriatic Coast to Split, famous for its beaches and the Diocletian's Palace which we visit. We leave Croatia next and enter Bosnia & Herzegovina where we'll see the famous Stari Most bridge en-route to the country's capital Sarajevo, now a buzzing small city. Our next country is Serbia where we visit the capital Belgrade before crossing into Macedonia and the city of Skopje. While in Macedonia we drive through more beautiful scenery, especially around Lake Orhid, famous for its many churches which led to it being known as the 'Macedonian Jerusalem'.

The tour finishes in Greece, with stops at the coastal city of Thessaloniki on the Thermaic Gulf of the Aegean Sea, and the ancient town of Delhi which is host to the Oracle of Apollo and is one of the most popular ancient Greek sites one can visit today. The tour then ends in Athens.

To make the most of your time in Dubrovnik and Athens, extra nights in both locations are available and can be added to extend the tour giving you some free time to explore independently before and after the main tour.
View More

No additional cancellation fees apply for this Balkans Explorer tour. You can cancel the tour up to 56 days prior departure and avoid paying the full amount, but your deposit paid is non-refundable. No refund applies for cancellations within 55 days of departure.

For this Balkans Explorer tour getting the required visa(s) is the responsibility for each individual traveller, as visa requirements vary depending on your nationality. We recommend to check with your local embassies representing the countries that you are travelling to, as part of this itinerary.

NEED HELP OR HAVE A QUESTION ABOUT THIS TOUR?
If you have any question about this tour or need help with planning a trip, please do not hesitate to get in touch with us. We're ready to help.
Get help
days 12 From US$ 2,345
Unlock US$ 117 in extra savings Sorry, this product is currently not available.
Response Time: 1 hour Response Rate: 100% MAKE AN ENQUIRY

Tour is operated by : Encounters Travel
6 Reviews
MAKE AN ENQUIRY Response Time: 1 hour Response Rate: 100%
Download Trip Notes Enter your email to get a PDF file containing all the trip information for the Balkans Explorer tour.
Trip Notes Sent
We have sent the trip notes for this tour to:

If you book the Balkans Explorer tour within the next 5 days, you can get by applying the following code: