Djibouti, a country entrenched in the heart of Africa, is kissed by the sweltering heat for most of the year. It may be a perfect destination for the adventure enthusiasts in all of us with the wildlife refuges of Decan, the well preserved rock engravings of Abourma rock art site, and the hustle and bustle of Djibouti city. Djibouti boasts of a rich and varied African cultural heritage, Ethiopian culinary delights with a year round tropical and eternal sunny weather. That being said as with most countries, it may be critical to find out that the weather in Djibouti is just right when you visit, after all. Want to know when to visit Djibouti? Read on to find out!

Djibouti, you will find may have something for everyone, from its national parks, to the hub bub of the cities and their Ethiopian culture to the arts and artifacts entrenched in heritage and history. it has many things to offer, from the many national parks to the mountain ranges. Revel in the sights of the Petit Barra and the great Barra, a vast desert land full of white sand like clay that has to be seen to be experienced, or the culinary delights of Mukbassa Central. Allow Djibouti to call out to you and quench your thirst for the perfect holiday!

The months of November to January are when most of the crowds head to Djibouti. The temperatures are much more controlled, and definitely cooler than what Djibouti normally expects. This is the peak tourist season for those who are traveling to popular destinations, like Djibouti city and Decan National Park.

The shoulder season, between February and April, is the second best time to visit Djibouti. The weather is usually pleasant, with averages gearing up for the summer, with dry spells and occasional showers. This makes it a good time to visit as the tourist numbers are more controllable, making it easier to get accommodation without booking months in advance.

The weather in Djibouti is rather pleasant, tending to be cooler than most months owing to the impending weather. During these months, there is a good mix of sunny skies with cool temperatures. It may be a good time to visit for outdoor activities, especially with this being the best season for watching whale sharks off the coastlines.

February to April and the month of October are considered transition months for the weather of Djibouti. Towards February is when the weather slowly changes gears from winter to summer. While this may not be considered a direct spring season, this may be the closest thing Djibouti has to spring, and this is easily the second best time to visit Djibouti. In October, the reverse happens with the weather getting cooler and gearing up towards winter. This gives you good chances to visit Djibouti without having to wrestle some of the crowds during some of the other seasons.

Djibouti’s summer may usually last between May to September, and caution must be exercised during these months as it can get unbearably hot with average temperatures in July going up to 97 degrees F. While temperatures always tend to the higher side in Djibouti, these months are when the brunt of summer can be experienced.

Tours and Holidays in Djibouti 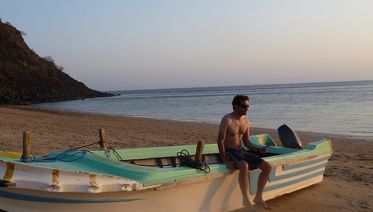 Djibouti's Footsteps of the Afar
From US$ 3,760 11 days
View More Tours
Tweet
Tours in Djibouti
As seen in: