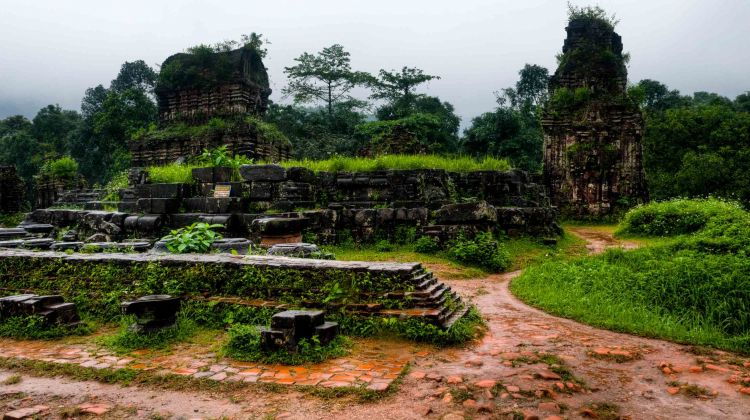 HIGHLIGHTS
We will greet you at your hotel lobby for pick up and then we head to My Son.

My Son was the site of many Champa temples and used for religious ceremonies by the Kings of the Champa dynasty. It is also believed to be a burial site of Champa royalties.

My Son temple-complex is one of the foremost examples of Hinduism in south east Asia and is one of the most important heritage sites in Vietnam. Though the complex has been ravaged by time and war, we can still see many majestic ancient ruins of the temples here.

After our tour, if you like, we will head to the dock for the trip back to Hoi An ancient town by boat. We will travel up the Thu Bon River by motorized boat, stopping along the way to visit the traditional Kim Bong Carpentry Village.

Take a car ride back to Da Nang before returning to Hoi An centre.
End of tour.

NEED HELP OR HAVE A QUESTION ABOUT THIS TOUR?
If you have any question about this tour or need help with planning a trip, please do not hesitate to get in touch with us. We're ready to help.
Get help
hours 06 From US$ 29
CHECK AVAILABILITY
Response Time: 1 hour Response Rate: 100% MAKE AN ENQUIRY