SAVE UP TO $1300
Unlock 5% Discount See all deals »
LIMITED OFFER ends in:
Request for call time received
You have successfully booked a call. Our travel consultants will get back to you around the requested time.
Okay, Got it!
BOOK A NEW YEAR 2020 CALL WITH OUR TRAVEL CONSULTANTS
Home  ›  Asia Tours  ›  Sri Lanka Tours  ›  Colombo Tours  ›  Adventure And Sport  ›  Adventure  ›  Colombo By Tuk Tuk 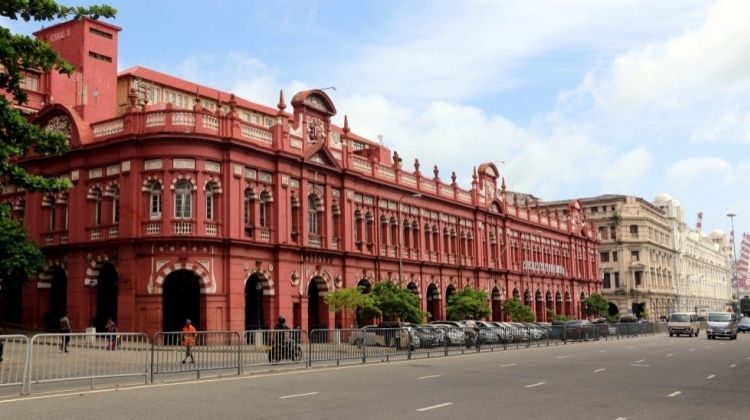 Are you ready for a real-life video game?! Because that’s what it feels like to navigate Colombo by tuk tuk! Head down narrow streets, past monuments, and into some of the city’s most significant spots, exploring the way locals get around — by tuk tuk! You won’t see this side of Colombo on your own!
View More
CUSTOMER REVIEWS
5 - Excellent
Based on 1 review
Excellent
5 - Excellent
“A fantastic overview of Colombo including the main sights and some local areas, wonderful guide full of knowledge of the history and culture of Colombo and Sri Lanka. Highly recommended.”
ITINERARY

Your Colombo tour kicks off with a brief walk through the heart of the city’s CBD and its old colonial buildings. After a quick history lesson from your local guide, it’ll be time to hop in a tuk tuk and hit the road!

Also known as a rickshaw, tuk tuks are commonplace throughout Asia, including Sri Lanka. In our opinion, it’s one of the best ways to see a lot of Colombo in a little bit of time…and all from a local perspective!

Our first stop will be the Colombo harbour, and en route we’ll swing past the President’s House, the Fort Clock Tower, and the Colombo Lighthouse. From there, we’ll pass through Chatham Street, which keeps adding new restaurants, pubs, and bars to its scene. This section of Colombo is particularly fascinating given that it was closed to the public for more than 30 years due to civil war and security considerations. We’ll stop briefly in front of the former passenger terminal gate in the Colombo harbour before moving on to the heart of the trading district in Colombo — the busy streets of Pettah.

Hop off the tuk tuk and spend 20–30 minutes exploring the busy streets of Pettah, from the Red Mosque to the market stalls. Meander around, sampling local food and drinks, or shopping in the colourful shops of the market. If you’re unsure where to start, your local guide will happily point you in the right direction.

Back into the tuk tuks and back to the streets! Navigating the narrow streets of Pettah has been likened to a video game; it’s non-stop dodging people, buses, lorries, bullock carts, bikes, other tuk tuks…even dogs!

Next stop, Wolvendaal Church, which, at more than 360 years old is the oldest Dutch reformed church in Sri Lanka. The church may not be in the best shape, but it’s one of the most significant reminders of the various colonial occupations throughout Sri Lanka’s history. You’ll have the chance to walk through the church, which is filled with old tombstones of Dutch governors, and may be able to talk to the keeper of the church to better understand its history and current issues.

From there, our tuk tuk tour of Colombo continues along to the Captain’s Garden Hindu Temple, aka the Sri Kaileshwarm Kovil, and the main place of worship for the many Hindus of Colombo. Walk around the temple, marvelling at the colourful paintings and murals, talk to devotees, and witness a special blessing (if you’re lucky!).

Back in the tuk tuks, we’ll set off for Independence Square, where Sri Lanka claimed independence from the British in 1948. The monument and park here are of great significance to Sri Lankans.

Our last stop of the day will be the famous Gangaramaya Temple. One of the main Buddhist temples in Colombo, the cool, calming Gangaramaya is known for its architecture, paintings, and collection of artefacts from various historical eras. Additionally, it is well known for its contribution to Buddhist education. The temple sits across the road from the man-made, heavily polluted Bera Lake, which we’ll visit and discuss the everyday reality and impact of pollution in Colombo. If time permits, we can take the bridge that leads to the temple on the lake, Seema Malaka.

From there, our Colombo tuk tuk tour will come to an end as we head back to the World Trade Center.

Full payment of 56 USD is required to confirm this tour.

For this Colombo by Tuk Tuk tour getting the required visa(s) is the responsibility for each individual traveller, as visa requirements vary depending on your nationality. We recommend to check with your local embassies representing the countries that you are travelling to, as part of this itinerary.

Meeting start point : Dutch Hospital Shopping Precinct entrance. (opposite World trade center), Bank of Ceylon Mawatha, Colombo 01 Meeting end point : World Trade Center
NEED HELP OR HAVE A QUESTION ABOUT THIS TOUR?
If you have any question about this tour or need help with planning a trip, please do not hesitate to get in touch with us. We're ready to help.
Ask a question
TRIP DETAILS Expand All
Winter SUPER SALES Unlock Deal
hours 04 From US$ 56
Unlock US$ 3 in extra savings CHECK AVAILABILITY
Response Time: 2 hours Response Rate: 100% MAKE AN ENQUIRY
Excellent 5 Based on 1 Review