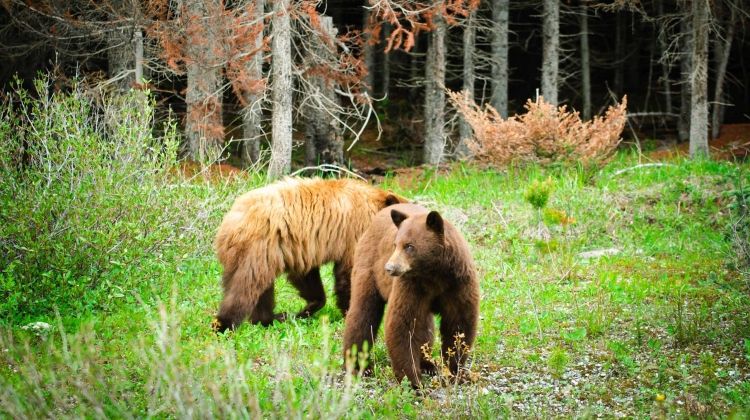 HIGHLIGHTS
The Canadian Rockies Wilderness Walk trip starts from and ends in Calgary. It is a trekking trip that takes 13 days taking you through Yoho National Park, Banff National Park, Landslide Lake and 4 other destinations in Canada. Canadian Rockies Wilderness Walk is a guided small group trip that includes accommodation, transport, meals and others.

Few places in the world offer such pristine scenery and diverse hiking options as the Canadian Rockies. Virgin forests, shimmering blue lakes, ancient glaciers, deep canyons and rushing rivers weave their way across the landscape whilst wildlife abounds. It's a paradise for photographers, wildlife and outdoors enthusiasts, but, most of all, it's a haven for walkers. Hike along an extensive network of trails in some of the best national parks in the world and spot the bountiful wildlife that call this area home including bears, eagles, deer and moose. Nothing will inspire you more than a trip through the Canadian Rockies.
View More
CUSTOMER REVIEWS
4.5 - Excellent
Based on 10 reviews
Poor
2 - Poor
“For many years I traveled the world, organized tours and independently I travel a lot and reasonably fit for my age. i have read that this trip : " Walking Our walking tours are designed for active adults and offer a well-paced mix of walks for all levels of fitness. Most walks are of moderate difficulty and are up to four hours in length. For the more adventurous there are often optional, moderate to strenuous hikes of up to eight hours duration in some locations. You will be accompanied by two Tour Leaders on our walking tours, they will either guide separate hikes or offer additional activities " And i have called the Company, before checking in and i have been told that every morning they will offer different options for a walk. At the end of the first day, the guides said that we will not be able to come with them the next day,which is the second day of the trip, and they did not offered an alternative, Apart from wandering alone near the lake. two women indeed abstained on the second day , but I came to hike and insisted that I wanted to come and do my best and climb. During the trip, the guide said there is NOT a possibility that I may rest or stop on the up hill and pressured me unreasonably to go fast, when I was breathless which could have endangered my health. The Group also pressured me unacceptably, that I will keep up with the pace.. I felt that I could not and I paused to rest, and I joined them when they turned back to return downwards the mountain, without any problem. At the end of the day I felt very bad about all that and I expressed my wish to leave the tour. The company announced that it is impossible to get refunded and pressed the guides to offer alternative plans and provide us with vegetarian food properly The atmosphere was good after we had positive conversation with the instructors and than I decided to stay and try to enjoy the trip. I thanked them for their good will, and I thought that now I can actually enjoy the trip They also went on to say that they have no contact with the company, and the company has no idea what's going on, so they also change their routes and add miles as they please, because they are the freelancer and decide what will be here. Vegetarian food arrived just after the first 4 days and it sparingly compared to what meat eater received. for two days we walked in other alternatives and I made sure to thank very much for instructors in theappreciation and recognition for their effort they make for us regarding the routes and food. on the fifth day the parents of the young guide has joined us and it was the first time and the last we received a seperate hike which also was just crumbles of a normal hikesince we were waiting four houres for the stronger group to join us which is very unprofessional in edition he also alwais underlined that we must rush everyday to finish the hike because they need to cook dinner Before the seventh day the guides recommended I buy hiking canes and I did that. On the seventh day of the trip was a climb of about 200 meters where it was hard for me, then told me that one of the instructors that in the following days it will become much harder and I could not join the hike, and if I want I can do shopping, go to a museum, take a bus, and travel alone contrary to what was promised to us I told him that that's not why I bought the hiking canes and chose this trip. From that moment I realized that once again there is a problematic matter with a young guide with a military /commandos attitude , and no one to talk to anymore. At this point I decided to leave the tour, that's not why I crossed the world and paid 4000 dollar.”
Very Good
4 - Very Good
“the walks could have included more peaks and been more challenging. There were two guides and the group could have been split to enable the fitter guys to go further”
Excellent
5 - Excellent
“Great tour leaders that make the tour a rich and rewarding experience. Well organized. Excellent and highly professionals. The hiking trails and views from all the Parks were amazing!”
Excellent
5 - Excellent
“It was a great tour led by superb tour guides. Pierre and Simon made sure that we all had the trip of a lifetime.”
Read more reviews
ITINERARY
Alt. in: ALTITUDE MAP
Expand All
WHAT'S INCLUDED Download PDF Brochure
Accommodation
Meals
Transport
Others
WHAT'S EXCLUDED
Monthly Price Comparision
Why Book with Bookmundi
What are customers saying about Bookmundi
Excellent
4.73 Average 294 Reviews

No additional cancellation fees apply for this Canadian Rockies Wilderness Walk tour. You can cancel the tour up to 55 days prior departure and avoid paying the full amount, but your deposit paid is non-refundable. No refund applies for cancellations within 54 days of departure.

A deposit of 260 USD is required to confirm this tour. The remaining balance will be charged 54 days before departure. For any departures within 22 May 2020 full payment is required.

For this Canadian Rockies Wilderness Walk tour getting the required visa(s) is the responsibility for each individual traveller, as visa requirements vary depending on your nationality. We recommend to check with your local embassies representing the countries that you are travelling to, as part of this itinerary.

NEED HELP OR HAVE A QUESTION ABOUT THIS TOUR?
If you have any question about this tour or need help with planning a trip, please do not hesitate to get in touch with us. We're ready to help.
Ask a question
days 13 SavingUS$ 169
You have unlocked exclusive savings:
5% OFF TODAY From US$ 3,379 US$ 3,210
CHECK AVAILABILITY
Response Time: 1 hour Response Rate: 100% MAKE AN ENQUIRY
Excellent 4.5 Based on 10 Reviews

Tour is operated by : Grand American Adventures
462 Reviews
Currently 22:40 in London MAKE AN ENQUIRY Response Time: 1 hour Response Rate: 100%
Get a trip brochure with detailed information Download
YOU MAY ALSO LIKE 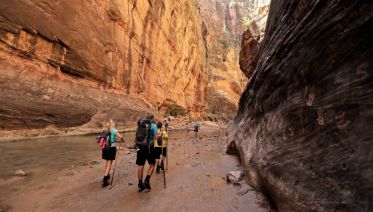 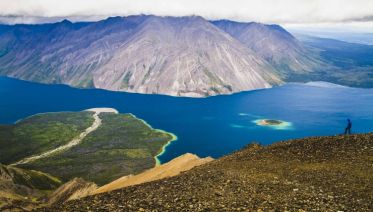 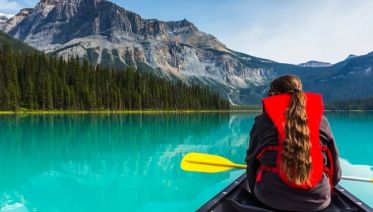 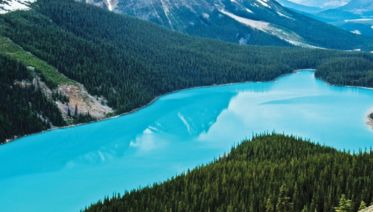 days15 From US$ 2,780
Other recommended tours
Related Canada tours and trips
Canada tour packages departing in
Download Trip Notes Enter your email to get a PDF file containing all the trip information for the Canadian Rockies Wilderness Walk tour.
Trip Notes Sent
We have sent the trip notes for this tour to:

If you book the Canadian Rockies Wilderness Walk tour within the next 5 days, you can get by applying the following code: