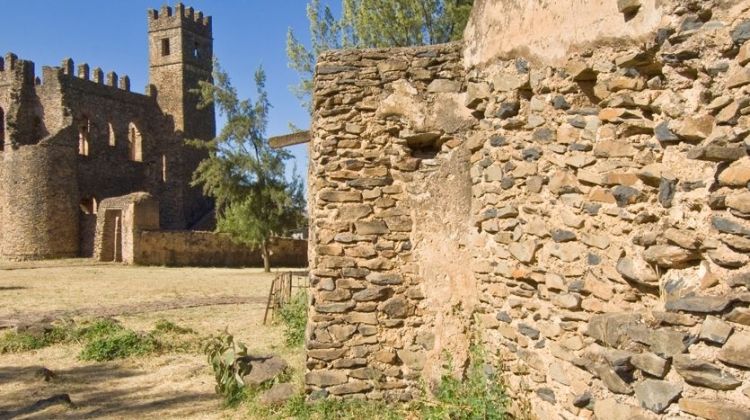 HIGHLIGHTS Download trip notes
Start in Cairo and end in Nairobi, the Eastern Trans Africa tour is a guided cultural, religious and historic sites tour that takes 72 days. You will visit Konso, Port Said, Mekele and 35 other destinations in 4 different countries. Eastern Trans Africa is a group tour which will include accommodation, transport, meals and others. See below for further details.

This trip is about travelling the Nile, or rather the Niles as it travels between the Mediterranean and East Africa, along the course of the Nile as far south as Khartoum and then along the Blue Nile to Lake Tana in the mountains of Ethiopia.  Along the way we pass through the Sahara Desert in both Egypt and Sudan, through the Ethiopian Highlands and then into the Rift Valley of East Africa

We explore the Islamic lands of North Africa and enter the lands of Ethiopia’s ancient Christian civilisations. We witness a wealth of extraordinary histories of Ancient Egypt, the Kushite Kingdom of Sudan and then the kingdoms of Ethiopia. Seldom has a trip had such a huge number of ancient historic monuments as this one.

Add into this the wildlife of East Africa, trekking across the Simien Mountains and crossing the northern Kenyan deserts and you have one of Africa’s greatest journeys

CUSTOMER REVIEWS ABOUT DRAGOMAN
5 - Excellent
Based on 1,020 reviews
A
5 - Excellent
Aaron's review for another Dragoman tour
“Jan and Jaime were amazing, the best leader and driver we could have asked for.”
D
5 - Excellent
Deborah's review for another Dragoman tour
“Tony is an excellent tour leader- informative, very helpful and calm.
Bearing in mind both Tony and Lou plus a number of passengers were extremely ill during this leg, I never had any concerns that I had missed an opportunity or wouldn't get somewhere that we were supposed to go. They both did a fantastic job and I would not hesitate to go on a trip with them again either as leader or driver.”
E
5 - Excellent
Elzbieta's review for another Dragoman tour
“Stayed in places off the beaten track, like the bush camp in abandoned town and the Estancia”
Read more Dragoman reviews
ITINERARY Expand All
Select Tour Version:
WHAT'S INCLUDED
Transport
Guide
Accommodation
Meals
WHAT'S EXCLUDED
Monthly Price Comparision
Why Book with Bookmundi
What are customers saying about Bookmundi
Average Reviews

No additional cancellation fees apply for this Eastern Trans Africa tour. You can cancel the tour up to 61 days prior departure and avoid paying the full amount, but your deposit paid is non-refundable. No refund applies for cancellations within 60 days of departure.

For this Eastern Trans Africa tour getting the required visa(s) is the responsibility for each individual traveller, as visa requirements vary depending on your nationality. We recommend to check with your local embassies representing the countries that you are travelling to, as part of this itinerary.

Local Payment The local payment is a group fund, paid separately from the trip price on the first day of the tour. It covers everything that the group does together on the ground. This is primarily hotel accommodation and campsite fees, meals whilst camping (but not while eating in restaurants), and included activities and puts money directly back to the local community. The local payment, or kitty system, is unique to overlanding tours and provides maximum flexibility and best value on the road - you can see exactly what is being paid for, you get everything at cost price, it keeps costs competitive by leveraging group expenses and saves on administrative costs. The fund is run by the tour guide, and any excess left over at the end is returned equally to the group. Local prices are estimated in USD when we print the brochure then reviewed monthly as local costs and exchange rates vary throughout the year. It's therefore important once you book your trip to check the website regularly and just before departure for any changes to the amount.
NEED HELP OR HAVE A QUESTION ABOUT THIS TOUR?
If you have any question about this tour or need help with planning a trip, please do not hesitate to get in touch with us. We're ready to help.
Get help
days 72 From US$ 10,960
Unlock US$ 548 in extra savings CHECK AVAILABILITY
Response Time: 3 hours Response Rate: 100% MAKE AN ENQUIRY

Tour is operated by : Dragoman
1020 Reviews
Currently 14:25 in Debenham - Open Now MAKE AN ENQUIRY Response Time: 3 hours Response Rate: 100%
Download Trip Notes Enter your email to get a PDF file containing all the trip information for the Eastern Trans Africa tour.
Trip Notes Sent
We have sent the trip notes for this tour to:

If you book the Eastern Trans Africa tour within the next 5 days, you can get by applying the following code: