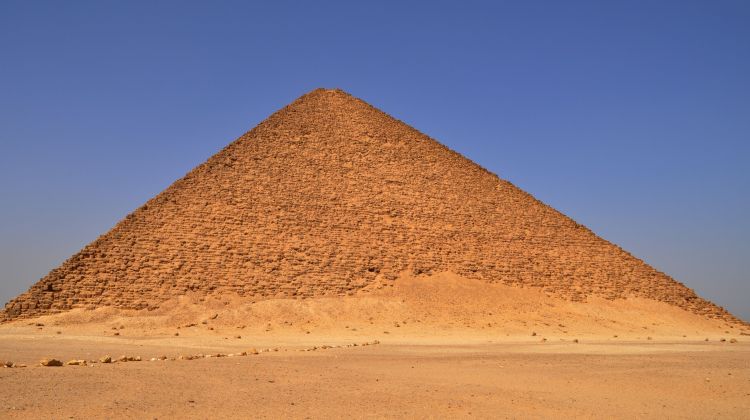 HIGHLIGHTS
Go for an interesting experience and visit some of the forgotten and unknown pyramids but still very amazing in two different historical sites. First up is the Pyramid at Meidum which is thought to originally have been built for Huni, the last pharaoh of the Third Dynasty, and was continued by Sneferu.

The architect was a successor to the famous Imhotep, the inventor of the stone built pyramid. Next up on the itinerary is are Bent Pyramid and the Red Pyramid at Dahshour. The area of Meidum is located 75 km south of Giza and it is one of the magical and forgotten places in Egypt.The unique design of the pyramid of medium is overwhelming.

It is believed that the pyramid was built by king Huni, the last pharaoh of the 3rd dynasty on the style of the step pyramid at Sakkara. It consists of 8 steps on top of each other. Some scholars believe the pyramid was completed by king Snefru, founder of 4th dynasty.There are several Mastaba tombs where the beautiful statues of Ra Hotep and Nefrt were found and another Mastaba where the famous painting of medium geese was found.

Meidum actually is one of the sites that still keeps a lot of secrets. The Red Pyramid is the first true pyramid of the world dating back to 2650 B.C.you will have the opportunity to enter the red pyramid and get the chance to see the three annexed chambers. The Bent Pyramid is equally unique, impressive and weird, perhaps all at once.

You will also have the option to click amazing photos of these pyramids. At the end of this tour, you will head back to your hotel.

NEED HELP OR HAVE A QUESTION ABOUT THIS TOUR?
If you have any question about this tour or need help with planning a trip, please do not hesitate to get in touch with us. We're ready to help.
Get help
hours 7-8 From US$ 99 See Group Discount
CHECK AVAILABILITY
Response Time: 3 hours Response Rate: 100% MAKE AN ENQUIRY