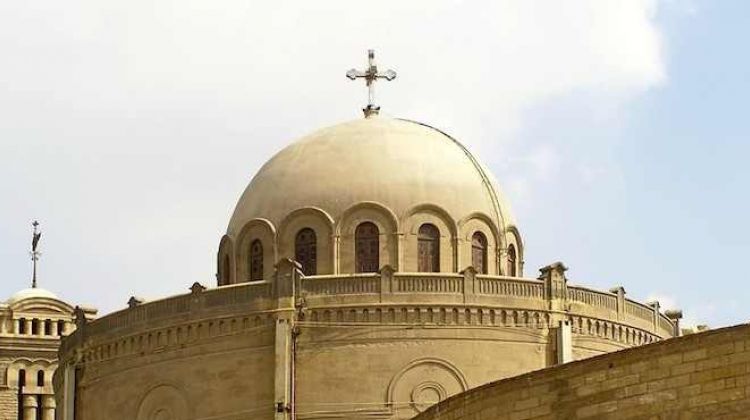 HIGHLIGHTS
Our representative (your guide) picks you up at 9 am from your hotel in Cairo or Giza. Discover the ancient sites and culture of Coptic Christians on a private tour through Old Cairo.

Visit Abu Serga where the Holy family sort refuge, and Ben Ezra, one of the oldest synagogues in Cairo.
Learn about Christian life in Egypt, a country where Christianity is a minority.

The Hanging Church is built into the walls of the water gate of the Roman fortress and is possibly the oldest Christian church in Egypt. Dedicated to the Virgin Mary, it is one of Cairo's most beautiful churches. Continue to the Monastery and Church of St George.

This is not an old church, dating from 1909, but there has been a church in Coptic Cairo dedicated to the Martyr since the 10th-century. It is one of the few remaining circular churches in the Middle East.

Your next stop is the Abu Serga, one of the places where the Holy Family rested after fleeing Israel from King Herod. At the turn of the century this little church, which dates from the 10th-century, was the most important pilgrimage spot in Old Cairo for visiting Christian tourists. There are 24 marble columns lining the central court and a series of 12th-century icons depicting the 12 apostles.

Ben Ezra Synagogue is one of the oldest in Egypt. Set in a beautiful garden, it was built on the site of a 4th-century Christian church. The synagogue was severely damaged by Arabs after the 1967 war with Israel, but it has been almost completely renovated.

Then visit the Coptic Museum at the end of the tour. The Museum is located in an area of great historical importance within the precinct of the Babylon Fort. Occupying over 8,000 sq meters the museum features almost 16,000 objects of importance to the Copts of Egypt.

This is a private tour allowing you to determine the amount of time spent at each of the sites. Moreover, you also have the chance to visit the Papyrus Institute to see how this famous artwork is made and have the chance to purchase genuine items if you wish to.
View More
WHAT'S INCLUDED WHAT'S EXCLUDED
Why Book with Bookmundi
What are customers saying about Bookmundi
Excellent
4.68 Average 345 Reviews

Other Practical InformationConfirmation will be received at time of booking Children must be accompanied by an adult Vegetarian option is available, please advise at time of booking if required.
NEED HELP OR HAVE A QUESTION ABOUT THIS TOUR?
If you have any question about this tour or need help with planning a trip, please do not hesitate to get in touch with us. We're ready to help.
Get help
hours 04 SavingUS$ 4
You have unlocked exclusive savings:
5% OFF TODAY From US$ 81 US$ 77 See Group Discount
CHECK AVAILABILITY
Response Time: 2 hours Response Rate: 100% MAKE AN ENQUIRY