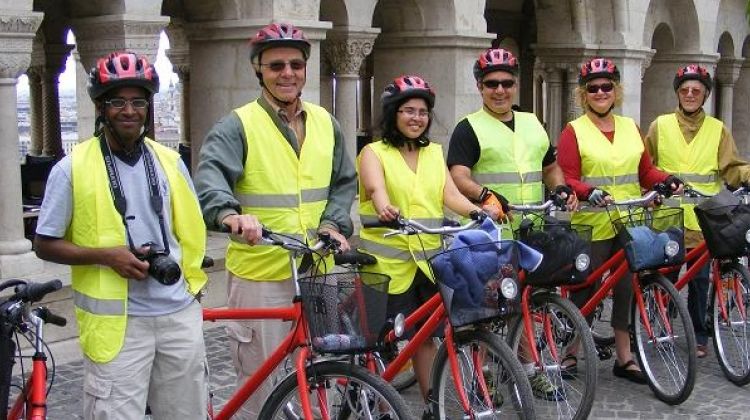 HIGHLIGHTS
Why punish your feet walking?! There is no better way to see the sights & learn the history of Budapest than by joining a bike tour. Spend a relaxing day touring both sides of the Danube with a small group & get oriented with the best of what the city has to offer.

Departure Point (no pick up): Meet at the Cityrama office (close to Parliament) for a brief introduction before we head out to explore the city. Highlights include:

• Short stop at the Hungarian Parliament

• Pest: Bike to Gresham Palace, the Hungarian Academy of Sciences, St. Stephen’s Basilica, and Liberty Square. The route to Heroe’s Square takes you along Andrássy Avenue, part of the World Heritage since 2002. Notable spots include the Opera House and the House of Terror which commemorates the two main oppressive regimes in Hungary, Fascism and Communism. The tour ends downtown after our final stop at the City Park.
View More
WHAT'S INCLUDED WHAT'S EXCLUDED
Why Book with Bookmundi
What are customers saying about Bookmundi
Excellent
4.72 Average 290 Reviews

Other Practical InformationThis tour requires guests to cycle along the flat banks of the Danube and up to the Castle with breaks along the way. Tour goes in all weathers and guests should dress appropriately
NEED HELP OR HAVE A QUESTION ABOUT THIS TOUR?
If you have any question about this tour or need help with planning a trip, please do not hesitate to get in touch with us. We're ready to help.
Ask a question
hours 03 From US$ 24
CHECK AVAILABILITY
Response Time: 1 hour Response Rate: 100% MAKE AN ENQUIRY

Tour is operated by : Cityrama Budapest
Currently 19:22 in Budapest MAKE AN ENQUIRY Response Time: 1 hour Response Rate: 100%
AS SEEN IN: