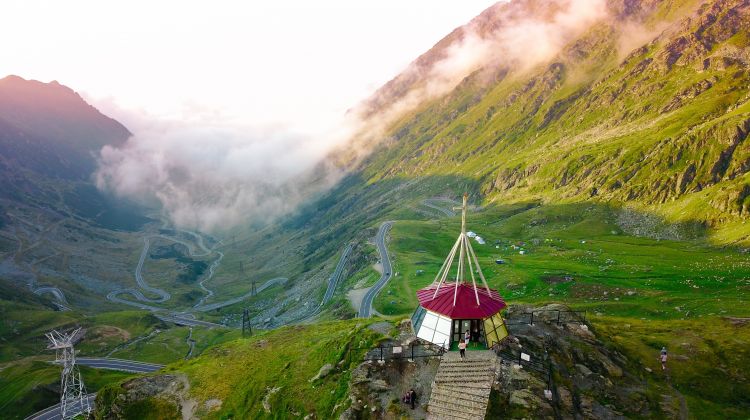 HIGHLIGHTS
We bring you the opportunity to know Romania inside out. From Bukovina's Painted Monasteries to Transylvania's medieval castles, from the urban setting of Bucharest to the hinterlands of Transylvania, this tour will take you to some of the most spectacular sights the country has to offer while acquainting you with its history, cultures and traditions.

Head to the Western parts of Romania. Visit Cluj-Napoca, the Turda Salt Mine, and the Alba Carolina Fortress. Make your way to Bukovina, a land where time seems to stand still. Discover its Painted Monasteries, included in the list of UNESCO World Heritage sites, and get to know more about the customs and traditions of this region.

Travel to Transylvania to discover some of its most prominent landmarks, including the villages with fortified churches, Sighisoara Citadel and Bran Castle (also known as Dracula's Castle). Explore the city of Brasov and visit Peles Castle, the former residence of the Romanian royal family.

Return to Bucharest for a city tour of Romania's capital. End your trip in this cosmopolitan city after having discovered the best of Romania. For more about this trip, please go through the itinerary.
View More
ITINERARY Expand All
WHAT'S INCLUDED WHAT'S EXCLUDED
Why Book with Bookmundi
What are customers saying about Bookmundi
Excellent
4.71 Average 329 Reviews

NEED HELP OR HAVE A QUESTION ABOUT THIS TOUR?
If you have any question about this tour or need help with planning a trip, please do not hesitate to get in touch with us. We're ready to help.
Get help
days 10 From US$ 1,958
CHECK AVAILABILITY
Response Time: 3 hours Response Rate: 100% MAKE AN ENQUIRY