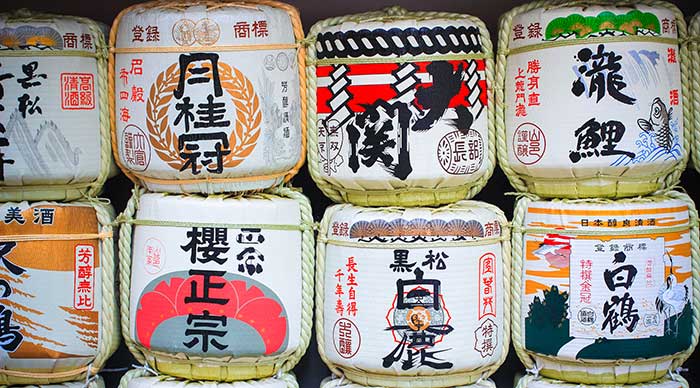 Surprising as it might sound, a Japanese single malt found its way into the list of the best whiskeys in the world. And while you might express surprise, those in the know would argue that this was long time coming. Japanese whiskey burst onto the global scene in the year 2015 when the Yamazaki Single Malt Sherry Cask 2013 was named as the best whiskey in the world by Jim Murray’s Whiskey Bible.

Whiskey is nothing new to Japan. The country presents a fascinating range of whiskey bars, and the whiskey drinking culture in the country is as good as any. The country’s ability to perfectly imitate and improve upon cuisines, couture and liquor belonging to foreign cultures is actually quite spectacular. There’s something about their perspective which allows them to bring home the main elements of a particular trend and refine and improve upon these elements at home. Japan strives to focus on mastery, and this is perhaps one of the main reasons why it does whiskey bars better than anyone else on the planet.

The history behind the Japanese whiskey scene is equally fascinating. Scottish whiskey gave birth to whiskey in Japan in the 1920s when Masataka Taketsuru returned home from the University of Glasgow to create the country’s first whiskey distillery, modeling it on the Scottish art of whiskey-making. The concept turned out to be a colossal failure as the local palate didn’t warm up to the Scottish taste, so Taketsuru went about creating something newer, something more delicate and smoother than its predecessors. As a result, Japanese whiskey was born, and almost 100 years after its birth, it is now dominating the international scene as well.

Another reason why Japan does whiskey bars better than the rest is because the Japanese pay a great deal of attention to what lies inside the glass. From the size and shape of the ice cubes to the gentle warming of the glass, the precise pouring action of bartenders to their perfect attire, from soft lighting to refreshing piano music, the attention to detail is phenomenal. It is this attention to detail that makes the local whiskey so unique, so savory, so art-like.

In fact, watching barmen in Japan pour a glass of whiskey is an experience in itself. It is as exciting as observing Ikebana flower arrangements or a bonsai masters tending to their miniature creations. It is an experience that simply cannot be recreated elsewhere, for even if you get the details right, you simply cannot duplicate the authenticity on display in Japanese whiskey bars.

The movie Lost in Translation tried to do justice in portraying this splendid concept, but despite watching the movie, you cannot prepare yourself for the mythical world that these Japanese whiskey bars have to offer. If you’re planning to visit Japan in the near future, the following are a few whiskey bars in the country that you simply cannot ignore.

Located in Nikka’s Ayoma building, Blender’s Bar is incredibly slick. It presents the full line-up of this popular whiskey brand and has always ranked among the best places to have whiskey in the city.

Bar K6 is a popular whiskey drinking spot in Kyoto located next to the Ritz-Carlton. The bar does justice to its glammy neighborhood by offering an exciting selection of single malt whiskeys, craft beers, bar bites and magnificent cocktails.

The ‘Scottish Bar’ in Hotel Okura is among the most stylish whiskey drinking spots in the country. It hosts more than 200 varieties of whiskey, including 20 domestic brands, and numerous original blends as well.

If there’s time for visiting just one whiskey bar while in the city, Bar Cordon Noir is where you need to be. The low-lit bar offers an intimate feel and fantastic service. There are hundreds of whiskeys found here, and there are some which can’t be seen in the most glamorous bars of the US as well.

Considered to be one of the hidden gems of Kyoto, Bar Plat offers some of the best selections of whiskey in the city. It caught onto the domestic wave long before its competitors and it is as good a place as any to try out your favorite Japanese malts. We recommend the Ichiro’s Malt.

This is one of the best places to enjoy several whiskeys while feasting on a savory meal. The place is open for lunch, and drinking a couple of glasses on a vacation does have a ring to it. We’d recommend their tasting board that lets you choose from all Japanese whiskeys or taste a carefully crafted selection from around the world.

Finding your favorite – a Yamazaki, a Nikka or a Hakushu – is hardly a challenge, but finding the perfect whiskey bar often tends to be. We’ve rounded up the finest watering holes in the country, all of which serve domestic malts with the right attitude, transforming the process of serving whiskeys into an art rather than a service. So iron those formals, shine the shoes and head over to the nearest bar in town. This is one experience you won’t forget.

Bookmundi also recommends you to check out the Best Bars Around the World, as voted by Drinks International, an organization that releases an annual list of the best bars in the world. Do Enjoy Responsibly!