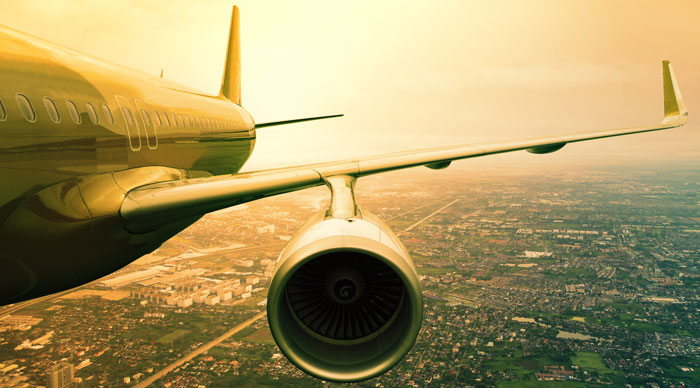 The year 2015 might have been very exciting for everyone associated with the travel industry, but the going certainly wasn’t easy. Countless obstacles had to be overcome, thought-patterns had to be changed and traveler habits needed adapting.

There were a few trends that immediately stood out, pushing conventional forms of accommodation and transport into oblivion, taking the industry by the storm, and promising a grand new future. To throw more light on the hottest changes that took place in the year 2015, Bookmundi presents the biggest travel industry shakeups of 2015.

Zodiac Aerospace, a supplier of aircraft equipment, recently came up with a novel concept of airline seats where passengers are made to face each other. While it feels like travelers don’t get enough leg room, it actually offers increased comfort and greater efficiency. Moreover, there are airlines that like to think outside the box and challenge traditional methods of thinking. This face-forward approach could not only change people orientation, but also offer a more social way of travel.

An Economy Based on Sharing

Among the most popular changes that took place in the travel industry was the growth of the sharing economy. A number of services such as Uber and AirBnB gave traditional operators a run for their money and more and more people came out in favor of shared services which offer cost benefits and increased human interaction to start with. Hotels are already beginning to feel the pressure that this new competition brings, and Bookmundi cannot wait to see how things pan out in the year 2016.

After decades of receiving rewards based on the number of miles a passenger flew, airlines such as the American Airlines, Delta and United Airlines are finally beginning to switch to revenue-based models that reward travelers based on the amount they spend for a ticket. This shift literally translates into bigger rewards for bigger spenders, and it is sure to become one of the grandest changes made by the airline industry.

The Advent of Chinese Millennials

2015 saw Chinese millennials dominate world travel like never before. What makes them stand out is that these motivated travelers are opting for new adventures when compared to traditional traveler habits. The modern-day Chinese traveler is hardly ever satisfied with pre-booked tours and organized routes. What they prefer instead is more freedom while traveling, a sense of adventure and the option to venture off-the-beaten-path. A number of hotels and tour operators around the world have begun to modify their services to cater to this new group of travelers through technological innovations that appeal to their sense of adventure.

Perhaps one of the biggest mergers seen in the travel industry was between Marriott and Starwood, making them the largest hotel group on the planet. The American Airlines Group also finalized their union with other airlines to emerge as the largest airline group in the world.

Countless studies have shown how sleep patterns can affect traveler moods while on a holiday. Hotels are now beginning to embrace new innovations which allow for better sleep, thereby providing more satisfying traveler experiences. In fact, surprising as it may be, Las Vegas, the city that never sleeps, has suddenly become the best place to sleep in, thanks to a number of sleep-centric enhancements made by some of the hotel-resorts in the city. MGM Grand might be pioneering these furniture and lighting enhancements in Vegas, but it certainly isn’t alone. Westin has now presented the companion sleep-coach app, while Crowne Plaza has come up with a headboard which cuts out ambient noise by as much as 30%. A few other sleep-related innovations that made major headlines include the Stay Well Dawn Simulator, a fixture that wakes you up gradually with the help of blue light, and Healthy mattresses, organic-cotton mattresses that offer enhanced posture support to negate turning and tossing.

2015 shall always be remembered as the year which gave birth to virtual reality. Scientists have been playing with the idea for decades, but the technology to support virtual reality, is finally becoming a reality. The Oculus Rift and its phenomenal price tag might have dominated headlines in recent weeks, but the travel industry also managed to tap into this fantasyland. Marriott Hotel introduced virtual reality headsets which came loaded with videos of different destinations while Qantas also offered virtual reality headsets to first class passengers which presented destination videos, movies and in-flight products in an entirely new light.

The Smarter Way to Pay

Making calls from your smartphone is actually becoming redundant. After introducing concepts like internet-on-the-move and apps that deal with almost all facets of life, Smartphones have now begun positioning themselves as your ever-dependable wallets. Companies like Apple Pay and Google have ensured that mobile transactions look and feel normal and syncing your debit/ credit cards to the Apple Passbook or Google Wallet is the most obvious thing to do today. 2015 also saw it possible for customers to buy goods in physical stores simply by placing their phones in front of a sensor while checking out. And we don’t even need to mention those travel apps such as OpenTable, Uber and AirBnb where digital transactions are the norm.

The world of travel has definitely seen some major shakeups in the year 2015. New innovations have begun threatening traditional businesses and new population groups have started to dominate world travel. Considering the changes that are currently being worked upon, Bookmundi is very excited about the year 2016 and everything that it holds in store for you.