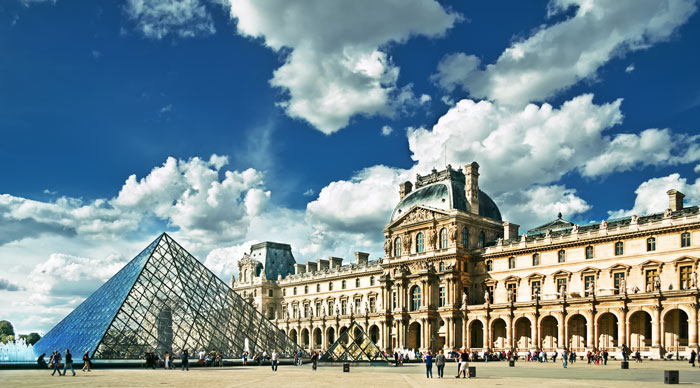 You long for a trip to Paris to stand on top of the Eiffel Tower and look down on the world from one of the most romantic spots on the planet.

But, once you’re there for the second time, you secretly feel like the Eiffel Tower isn’t a big deal. You’ve probably been to the Louvre more than once if you’re a second-time visitor and are over that awe-struck feeling of looking at Mona Lisa for the first time. And you always feel like you could bash a waiter or two for snapping at you.

But don’t make the mistake of thinking that France starts and ends with Paris. The capital city is good enough for the first-time visitor (and perhaps even second time), but if you’re looking for a change of scenery, France has more places to visit than you can possibly imagine. Bookmundi examines the top travel destinations in France to help you explore exotic French cities and the breathtaking French countryside and discover France beyond the boundaries of Paris.

It gotta be on the list, so let’s get paris crossed off firstly! The City of Light is considered to be one of the most romantic cities on the planet and for good reason. Paris is one of the most exotic cities in the world, and it tends to attract millions of visitors each year. Yes, you might have to stand in a queue while visiting places like the Louvre or the Eiffel Tower, but even those queues are an experience. If you’re visiting France for the first time, Paris is a must-see. Bookmundi recommends you to spend a few days in the capital city to explore all that it has to offer. From luxe shopping and the best of world fashion to hidden cafes and incredible cuisines, Paris really does offer some of the insights into the French way of life.

To make sure you don’t miss out on the best attractions, we’ve also put together a list of the top 10 best things to do in Paris.

A city that enjoys close to 300 days of sunshine is bound to boast of beautiful weather. Nice is famous around the world for its relaxed way of life. Its stunning natural beauty has attracted countless poets and writers over the years, and the city has become a must-see travel destination in France for those visiting the French Riviera. Nice is incredibly charming. It is full of beaches and a creatively cosmopolitan and dynamic atmosphere. You can also visit nearby beach towns or take the train ride to Monaco. And don’t forget to check out the three dramatic coastal roads, each crazier, more beautiful and higher than the next.

Cote D’Azur is considered to be the most glamorous destination in the Mediterranean. Tourism and urbanism might have ruined some of its charm, but it still manages to offer one of the most enchanting locales in Europe. The impossibly clear blue water and beautiful hills take you away to another dimension where life captivates you with every breath. Whether it’s sunbathing in some of the most beautiful beaches on the planet, driving along some of the best cliff-top roads in the world or searching for the best food and wine at the weekly market, Cote D’Azur beautifully sums up the French way of life.

Lyon is the perfect base for those wanting to explore Rhone. Famous as the third largest city in France, Lyon is where you need to be for the very best dishes and cuisines. Things like the quenelles and Lyon sausages are famous all over the world, and the city is also known for its spectacular silk. The atmosphere is surprisingly friendly for a city of its size and there are all kinds of historic sights, vibrant cultural delights and relaxed attractions to explore.

Who can resist a city that enjoys those beautiful slopes of the Mont Blanc as its backdrop? The Chamonix Valley is home to one of the most dramatic regions of the Alps, and it is famous as a winter playground that manages to satisfy even the most skilled skiers. The highland trails are also accessible during the summer months through easily accessible ski lifts.

Without a doubt the most amazing region in France, Provence extends from the verdant plains of Camargue to the snowy mountains of the Southern Alps. And as if that wasn’t enough, it is also home to Gorges du Verdon, the greatest canyon in all of Europe. Old-world towns are guarded by century-old walls while countless villages sit defensively on picturesque hilltops. Two of the most popular cities in the region are Artes and Avignon, both known to offer great insights into the French culture. The main highlights of a trip to Provence include the never-ending sunshine, mouth-watering wines, amazing Mediterranean cuisines and unparalleled natural beauty.

Accredited as one of the most prestigious wine regions on the planet, a trip to Bordeaux is a must for any wine enthusiast visiting France. Bordeaux is among the best cities for those wanting to explore the old-world lifestyle. It offers all kinds of things to see and do, and that 2-hour guided walking tour offered by its tourist office is actually worth your while. And of course, the biggest highlights in the region are those dramatic wineries, enchanting vineyards and scintillating wines. Bookmundi recommends you to time your visits to reach Bordeaux in time for Vinexpo, the largest wine fair in the world. Other places to explore include Rue Sainte-Catherine and Port de la Lune, a UNESCO World Heritage Site.

The wealth and glamor of Cannes is something that never ceases to impress. From admiring Porches and Ferraris to looking at some of the most amazing yachts on the planet, from walking past the couture shops of La Croisette to meeting some of the richest, sexiest and most famous people on the planet, a trip to Cannes is all about fashion and glamor at its very best. And if you’re not seduced by all those hedonistic charms, Cannes also has more than enough natural beauty to make your journey worthwhile.

Strasbourg is often overlooked by tourists, but make sure that you don’t make the same mistake. Home to the European Parliament, this beautiful city is located at a distance of just 2.5 hours by Paris (by train). It is full of history and is famous as the birthplace of pâté de foie gras. Strasbourg also hosts the oldest Christmas Market in France.

Marseille, the second largest city in France, is the premier port in the country. It was founded more than 2600 years ago and is full of history. It is also home to numerous museums and is an ideal place for eccentric walks. Bookmundi recommends you to take a stroll down the La Canebiere. You can also take a stroll around Fort Saint-Jean and explore French football at its very best.

There is a reason why more than 85 million travelers visit France each year. Considered to be one of the most popular travel destinations in the world, France has something perfect for all kinds of travelers. The architecture, art, food, wine, history and French way of life simply makes the country an irresistible option. And above all, those friendly locals and incredible locations ensure that you keep coming back for more.