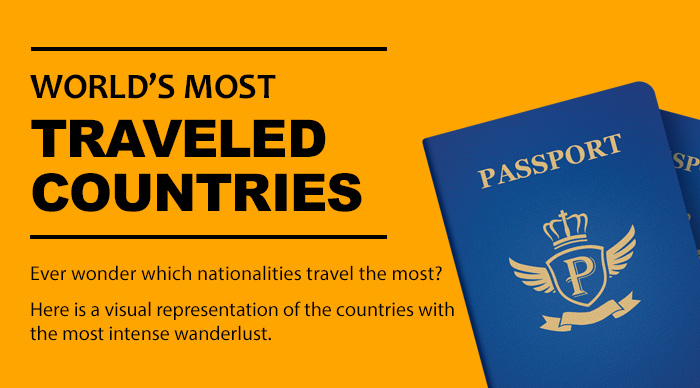 The world is on the move.  More people travel now than ever before. A growing middle-class, prosperous citizens and the ease of travel have made it possible for millions of people to venture out into the world.

Most of us like to travel; whether to visit family and friends, see new countries, travel to exotic locations or explore hidden wonders of the world. In 2014 alone, 1.2 billion people left their respective home countries in order to travel to international destinations.

We have crunched a bunch of travel data to produce this infographic in order to give you a clear overview of the world’s most traveled countries. 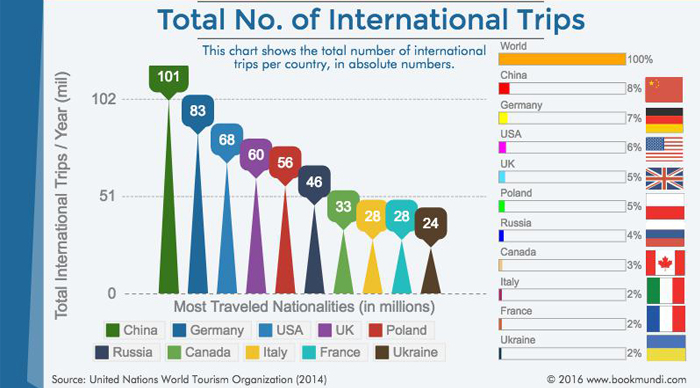 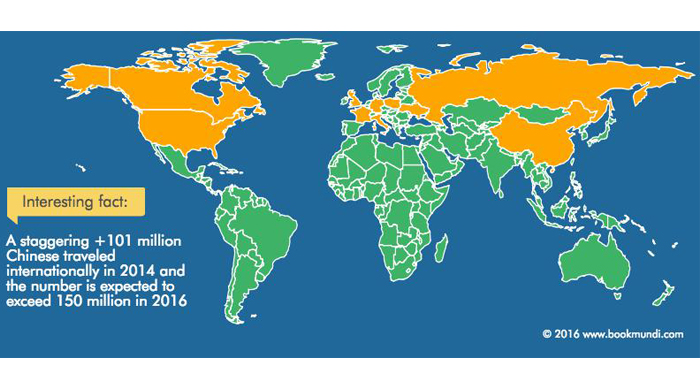 The second and third nations who travelled the most were Germany and the USA with 83 million and 68 million international trips, respectively. 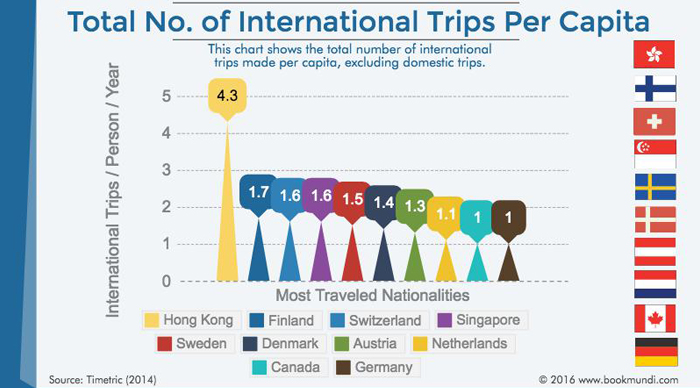 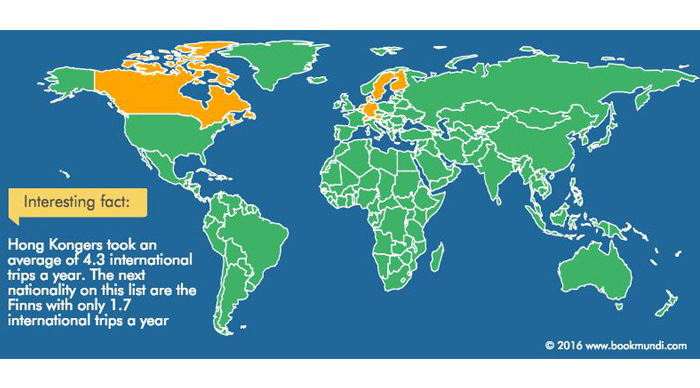 On a per capita basis, Hong Kong is the world’s most travelled nationality, according to a study conducted by the UK-based Timetric. In 2014, every Hong Konger made on average 4.3 international trips. Finland and Switzerland are the second and third most travelled nationalities with 1.7 and 1.6 international trips per capita, followed by Singapore, Sweden, Denmark, Austria, the Netherlands, Canada and Germany. 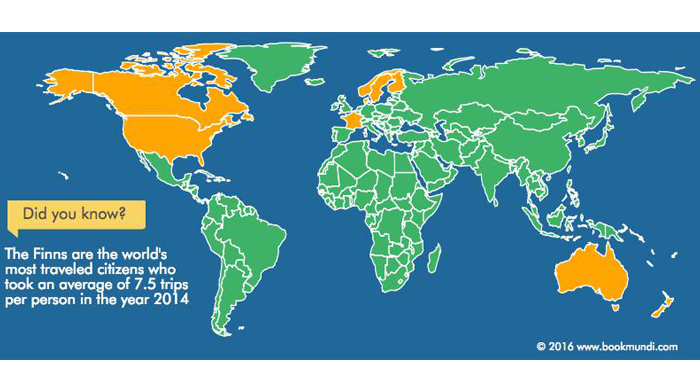 Looking at the total number of trips made both internationally and domestically, where a domestic trip is defined as staying at least one night in a different location, Finland, the USA and Sweden are the world’s most travelled nations with 7.5, 6.7, and 6 trips made per capita in 2014, respectively. While we can’t locate the exact reason why Swedish and Finnish people travel that much domestically the reason for the USA is due to the country’s own rich culture and vastness of the land, coupled with having sufficient income to travel.

If this article has tickled your wanderlust and you want to go traveling, then head on over to BookMundi to book your next destination.