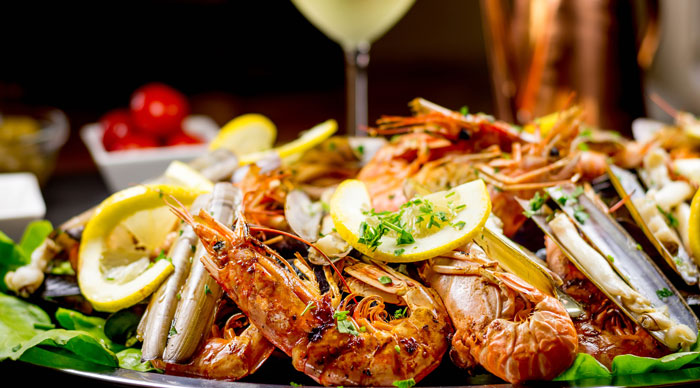 We spend so much time trying to discover the best things to eat. We spend an equal amount of time fantasizing about our next holidays, and the food and flavors they shall introduce us to. We are foodies at heart and perhaps, the only reason we exist is to eat good food and sip great wine.

Bookmundi celebrates man and his love for food with the top foodie travels for 2016. Each destination in this list promises mouth-watering delicacies, exotic ingredients and an unmissable food adventure.

Bordeaux has always been famous as the top food and wine destination of France. Paris rode the tide merely on its reputation, but Bordeaux has slowly been creating a niche appeal through some of the best French dishes you can dream of. Bordeaux is a city which likes to embrace simple roast meat dishes as well as dishes that represent works of art. Its unique location by the Atlantic means that the region is always high on seafood. Shrimps, lobsters, clams, oysters and mussels – all find their way to your tables by the dozen. And we’re not even counting those 700 million bottles of wine that Bordeaux produces each year!!!

Sydney has always been one of the top destinations of Australia because of its artistic architecture and dreamy locale. However, it has also managed to come up with an exciting food scene over the years in the form of all kinds of restaurants, traditional cafes and artistic dishes. Sydney Fish Market is the place to be for those searching for the most exotic seafood while restaurants such as Fuel Providore, Yoshii, Tetsuya’s and Darely Street Thai are the ones to watch out for. And if you’re searching for those over-the-top jewels, look no further than Banc, a restaurant with a fantastic wine list and a French menu.

Barcelona and its tapas has gained legendary reputation all around the world. Over the years, the city has emerged as a culinary playground for chefs and this has resulted in the marriage of Catalan tradition and gastronomy. In other words, you can expect Barcelona restaurants to fuse the very best of traditional and modern ingredients to bring you dishes which inspire your imagination. The best thing about Barcelona is that you don’t need to depend on luxe restaurants such as elBulli and Dos Palillos for your food fix. Those stalls of Mercat de Santa Caterina and La Boqueria are equally capable of offering the perfect jamon ibericas made using the freshest of fish and Catalan olives.

Burma, is a tiny country that has recently opened up its borders to the world after decades of isolation, and is attracting all kinds of food lovers with its unique cuisine, a distant cousin to Thai food, but entirely unique in terms of the ingredients it uses. The tastes are what you expect with any country in this part of the world – hot, sweet, salty and sour – but the dishes and those flavors are unrivaled. Think of the very best of Indian, Chinese, Thai and Vietnamese cuisines, and that’s the Burmese cuisine for you!

You would like to think that celebrity chefs from all corners of the world and those beautiful Michelin-starred restaurants define the food scene of NYC, but all you have to do is grab a slice of the coal-fired pizza from one of the street stalls, a local dish from one of the many food carts and a Rueben from the local Jewish deli to realize that NYC’s food is as diverse as its inhabitants.

Montreal is obsessed with poutine, the fatty comfort food, which is attracting people from all over the world. Ranked as the top food trend for the year 2015, the demand for poutine led to the creation of poutine joints all over the world, featuring less than traditional combinations such as kimchi. If you’re a true poutine nut and a food lover, you really must visit Montreal, for true poutine doesn’t exist outside the city! And it’s not just about the poutine. Montreal is also known for its smoked meat, the best bagels on the planet and gastronomic inspirations such as Olive et Gourmando and Au Pied de Cochon.

Read no more! If you’re a foodie and one who isn’t strictly vegan, you cannot look beyond Buenos Aires, the city that offers the very best of steaks and some of the most inspiring wines! The first thing you must do after landing in Buenos Aires is hit a parilla, a local eatery, for an introduction to choripan sandwiches and empanadas. Once you’ve had your fill of the street food, get down to city explorations, and end the perfect day by having a meal in one of the many trendy restaurants in the city. And don’t forget to taste Patagonia wines in the countless wine bars located all over the city!

Appelton Estates rum, all kinds of tropical fruits, jerk chicken and amazing beer. What else could one need?!? It might be difficult to look beyond the beaches, parties and natural beauty of Jamaica, but if you’re a foodie at heart, you fall in love with the surprising dishes that this place has to offer. From oxtails and stewed goats to steamed Jamaican greens, Jamaican food is a decades apart from what you’re used to eating. For the perfect foodie experience, wash down your food with some of the local ginger beer or a glass of that pink hibiscus tea.

Pani puri, vada pav, mutton frankies, butter chicken… Names that are all authentically Indian, but still manage to sound familiar due to those trips to your favorite Indian restaurants back home. You might like to think that you know what the Indian cuisine is all about, but a trip to Mumbai is all you need to understand that you’re not even scratching the surface. Indian food is as diverse as its population, and perhaps the best place to experience flavors from all corners of India, is its commercial capital – Mumbai. From the seafood specialties of the South and mutton dhansaks of the Persians to the finger-licking street food, foodie tours of Mumbai are magical in more ways than one.

British food was seen as boring for a really long time, but cities like London are finally showing that the local food is anything but boring. London is home to a number of Michelin-starrers as well as some of the top restaurants on the planet, but what sets it apart is its unique street food. The food-truck style markets present flavors that simply cannot be found in restaurants and represent the local style at its very best. And it isn’t just about the local food. London also presents cuisines from all over the world, right from traditional favorites such as Chinese, Japanese, Italian and French to new entrants such as Korean and Latin American.

Bookmundi loves trips that are centered on food as there is so much you can learn about a place and its locals by simply sampling its cuisine. From the spicy street food of Mumbai to the elegance of Bordeaux, these are the top foodie destinations for 2016.