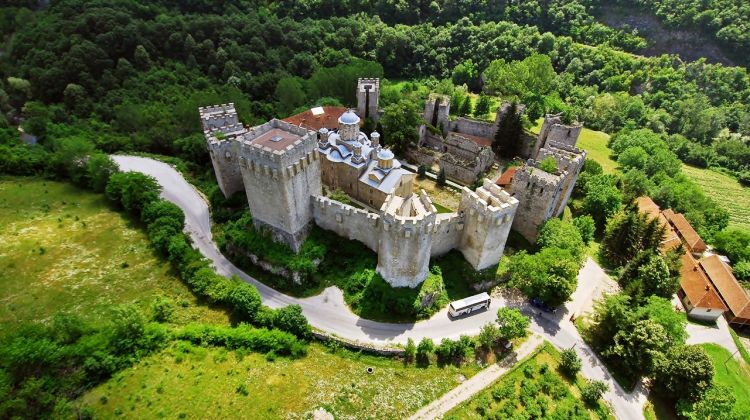 HIGHLIGHTS
We invite you on an expedition to Resava Cave and the surrounding area, one of the largest and most beautiful caves in Balkan. Enjoy the beautiful waterfalls and hear outstanding stories from the old times. Resava county welcomes you!

The Resava Gorge is known as the center of the last Serbian Medieval Kingdom and the region still holds the scent of a long forgotten time when Serbia was famous all around Europe. Bastion-like monasteries still keep the enormous cultural and historical legacy and wealth. The picturesque scenery includes some of the most beautiful rivers in Europe and holds fantastic histories waiting to be shared with you!

Morning departure to Despotovac, the town founded by and dedicated to the Serbian medieval prince and despot, Stefan Lazarević. To get a closer picture of the Serbian medieval kingdom, we will pay a visit to the Park of Miniatures – a unique tourist attraction in Serbia. The park is home to several models of medieval Serbian monasteries, made as perfect copies of the real temples.

Our next stop will be Manasija monastery, an important religious and cultural center of Serbia at the beginning of the 15th century. Built by despot Stefan Lazarević, Manasija Monastery introduced a new style: it was the first time that a Serbian Christian sanctuary was built as a defensive structure. It is typical of the Moravska School, a special style of Serbian medieval architecture and art. It is also famous for its fortification that was built by combining Byzantine influences and Western European trends. The frescoes inside the church are considered one of the finest examples of Serbian and European medieval art.

Lunch in a traditional restaurant near the over 20 meter-high waterfall “Veliki buk – Lisina”. Its beauty and magnificence will leave an observer breathless.

Then discover Resava cave, one of the oldest surveyed caves in the country, about 80 million years old.

Pass by Senje coal mine complex, an interesting mixture of living history and still existing contemporary mining. Historically the most important part of the complex consists of Aleksandar’s Shaft and associated buildings: administration building, workshop, and warehouse/mining museum, a unique technical museum of coal mining in Serbia.

Other Practical InformationA dress code is required to enter places of worship and selected museums. No shorts or sleeveless tops allowed. Knees and shoulders must be covered for both men and women. You may risk refused entry if you fail to comply with these dress requirements. There is an amount of walking included at customers pace, so we recommend comfortable walking shoes.
NEED HELP OR HAVE A QUESTION ABOUT THIS TOUR?
If you have any question about this tour or need help with planning a trip, please do not hesitate to get in touch with us. We're ready to help.
Get help
hours 08 From US$ 131 See Group Discount
CHECK AVAILABILITY
Response Time: 2 hours Response Rate: 100% MAKE AN ENQUIRY