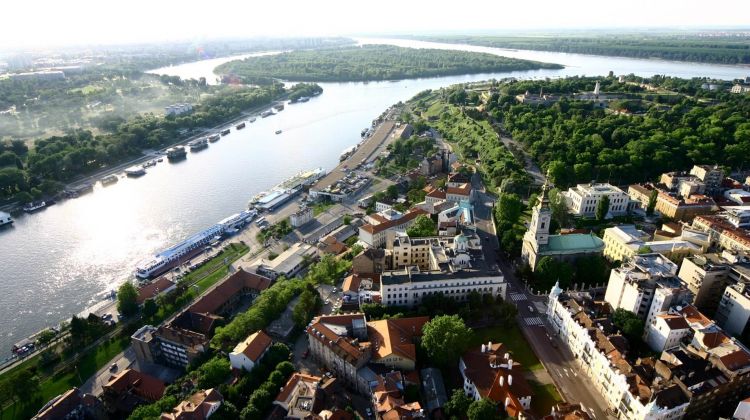 HIGHLIGHTS
Discover the Serbian capital Belgrade, an ancient city with a charming mix of medieval and modern architecture. This tour will take you to the most important sights of the city!

First, we'll take you to Saint Sava Temple, the second largest Orthodox church in the world; the Republic and Terazije squares; Saint Mark's Church; and the government buildings of Serbia.

Other sights we'll take you to visit include the famous Belgrade fortress, a unique museum of Belgrade history, the remains of the ancient Roman city of Singidunum, the Military Museum, and Kalemegdan park – the main city park filled with sculptures and monuments of eminent Serbs. At the medieval fortress, we will see ‘’Ficirbeir’’ a viewpoint from which the most scenic photos of Belgrade are taken, Zindan gate, Ružica Church and the Chapel of Saint Petka, built over the famous miraculous water spring, and the symbol of Belgrade, ‘’Pobednik’’ or Victor monument.

We continue to 19th Century Belgrade, where you will see the Orthodox Cathedral, an extremely valuable treasure representing the icons from 18th – 20th century. Next, we'll take you to Princess Ljubica’s Mansion, a typical Balkan architectural style building and today a museum with an exhibition of 19th-century Serbian history.

Afterwards, walk through the city centre on the pedestrian street of Prince Mihailo where you can admire the mixture of European architectural styles and feel the atmosphere of the Belgrade promenade that encompasses stylish and cosy cafes, restaurants and modern shops.

View More
CUSTOMER REVIEWS
5 - Excellent
Based on 1 review
B
5 - Excellent
Very professional
“All arrangements went precisely as promised, with occasional flexibility where we requested. Guide and driver turned up on time and there were no delays. We compliment Guide, who spoke good English, were well-informed and went out of their way to be helpful.”
WHAT'S INCLUDED WHAT'S EXCLUDED
Why Book with Bookmundi
What are customers saying about Bookmundi
Excellent
4.71 Average 334 Reviews

Other Practical InformationA dress code is required to enter places of worship and selected museums. No shorts or sleeveless tops allowed. Knees and shoulders must be covered for both men and women. You may risk refused entry if you fail to comply with these dress requirements. There is an amount of walking included at customers pace, so we recommend comfortable walking shoes.
NEED HELP OR HAVE A QUESTION ABOUT THIS TOUR?
If you have any question about this tour or need help with planning a trip, please do not hesitate to get in touch with us. We're ready to help.
Get help
hours 03 From US$ 322 Flat Rate
CHECK AVAILABILITY
Response Time: 2 hours Response Rate: 100% MAKE AN ENQUIRY