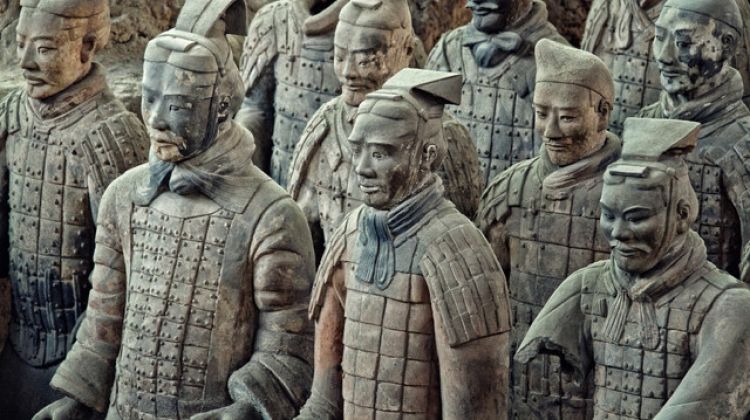 Start the morning trip to Xi'an Terracotta Warriors and Horses Museum first. You will see impressive numbers of life-sized sculptures of ancient warriors and horses which is the most amazing discovery of the 20th century. These sculptures were built around 1900 years ago to protect the tomb of the first emperor of China. Later on have lunch at a nice and clean restaurant.

Then, head to the magnificent Xi'an Ancient City Wall. It is the most complete, most well-preserved ancient city wall. If you feel interested, you can go cycling on the wall, and it is also the largest ancient city wall in China. Stroll along the city wall and enjoy the landscape of Xi'an.

After that, you will be transferred back to the domestic departure exit of Terminal 2 of Xianyang International Airport. Your Beijing driver will be waiting for you at the domestic arrival exit of Terminal 1 of Beijing International Airport at 21:15 to take you back to your Beijing hotel.
View More
WHAT'S INCLUDED WHAT'S EXCLUDED
Why Book with Bookmundi
What are customers saying about Bookmundi
Excellent
4.71 Average 329 Reviews

NEED HELP OR HAVE A QUESTION ABOUT THIS TOUR?
If you have any question about this tour or need help with planning a trip, please do not hesitate to get in touch with us. We're ready to help.
Get help
hours 17 From US$ 840 See Group Discount
CHECK AVAILABILITY
Response Time: 1 hour Response Rate: 100% MAKE AN ENQUIRY