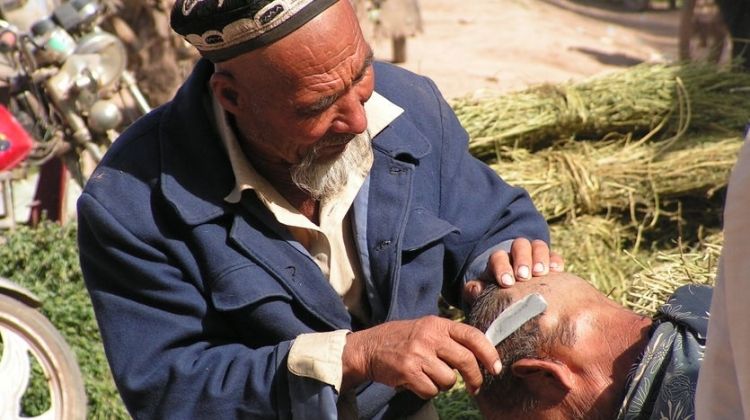 
This adventurous overland tour takes us on a journey along the ancient Silk Route, along which traders in ancient times would travel between Europe and the Far East. We take in the great outdoors and spectacular mountain scenery of the countries of Uzbekistan and Kyrgyzstan. These remote and rugged lands are often among our travellers' favourites in Central Asia. Home to nomadic peoples who will host us during our slow journey across the region, we'll have time to explore the wilds and for easy trekking and horse-riding.

In China we continue along the Silk Route and up into China’s historic north, taking in key sights like the Terracotta Army near Xi'an, the giant Buddha of Bingling Si, Beijing's Tiananmen Square and the Forbidden City, the Yungang Grottoes and Hanging Monastery near Datong, and of course the Great Wall itself.

Local Payment The local payment is a group fund, paid separately from the trip price on the first day of the tour. It covers everything that the group does together on the ground. This is primarily hotel accommodation and campsite fees, meals whilst camping (but not while eating in restaurants), and included activities and puts money directly back to the local community. The local payment, or kitty system, is unique to overlanding tours and provides maximum flexibility and best value on the road - you can see exactly what is being paid for, you get everything at cost price, it keeps costs competitive by leveraging group expenses and saves on administrative costs. The fund is run by the tour guide, and any excess left over at the end is returned equally to the group. Local prices are estimated in USD when we print the brochure then reviewed monthly as local costs and exchange rates vary throughout the year. It's therefore important once you book your trip to check the website regularly and just before departure for any changes to the amount.
NEED HELP OR HAVE A QUESTION ABOUT THIS TOUR?
If you have any question about this tour or need help with planning a trip, please do not hesitate to get in touch with us. We're ready to help.
Get help
days 58 From US$ 9,135
Sorry, this product is currently not available.
Response Time: 1 hour Response Rate: 100% MAKE AN ENQUIRY