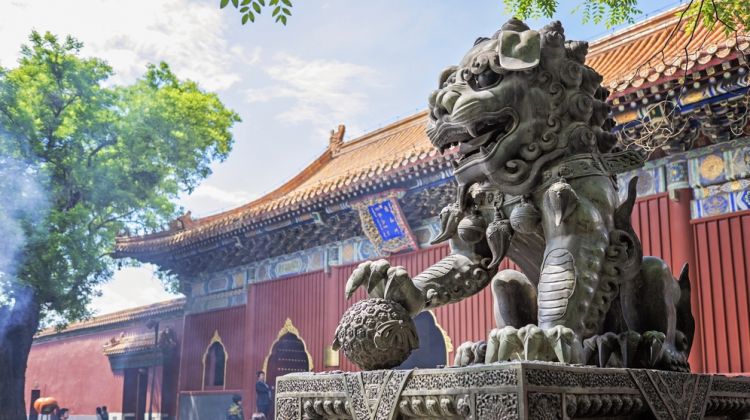 HIGHLIGHTS
You will be picked up by your guide at the lobby of your hotel located in the city center. Firstly, you will visit Tiananmen Square, one of the largest squares in the world. It is a lively place and home to attractions like the National Museum of China, Great Hall of the People, and the mausoleum of Chairman Mao.

Your next destination of the day is the Forbidden City. Learn more about the history of this sprawling world heritage site, where Ming and Qing emperors once lived and ruled in opulence. See some of the 1,000 rooms and 800 buildings and marvel at the exquisite luxury of imperial life.

Exit the Forbidden City through its northern gate and cross the street to Jingshan Park, a man-made hill created using soil excavated during the construction of the moat that surrounds the city. This hill offers one of the best views of Beijing and is a popular local hangout place.

Next, take a rickshaw to the hutongs of the city. Relax in the backseat as your driver weaves through the ancient, narrow lanes. Hutongs encapsulate Beijing’s tradition and spending time here provides you with a better understanding of the city'x past and present. Visit a family living in the area and talk to them.

Be part of a traditional Chinese tea ceremony at a teahouse located inside the Bell Tower. If you thought tea tasting was easy, just watch the intricate processes involved in boiling Chinese tea: the process differs from tea to tea.

Your last destination of the day is the Lama Temple, the most celebrated Buddhist temple in Beijing and an important centre of the Geluk School of Tibetan Buddhism. Take in the architectural beauty of the temple in this oasis of calmness located amidst one of the most buzzing districts in the city.

Tour can be cancel for free 72 hours before the travel time.

Other Practical InformationPassport details must be provided when making the reservation to buy the Forbidden City tickets. Please note that Forbidden City is closed on Mondays
NEED HELP OR HAVE A QUESTION ABOUT THIS TOUR?
If you have any question about this tour or need help with planning a trip, please do not hesitate to get in touch with us. We're ready to help.
Get help
hours 08 From US$ 135 See Group Discount
CHECK AVAILABILITY
Response Time: 3 hours Response Rate: 100% MAKE AN ENQUIRY