The Best 10 day Tours and Trip Packages in Baltic 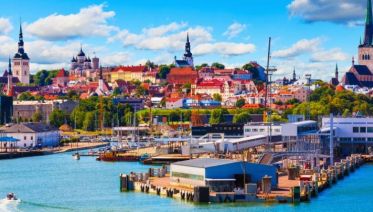 10 day explorer tour to Tallinn, Cesis and 6 other destinations in Estonia, Lithuania and Latvia. Read More
days10 From US$ 1,495
SaveUS$ 75
View Tour
Next Departures
Showing 1 - 1 of 1 results
No results for your search criteria
Try clearing your filters to get more results
FILTERS
Filter by
View All Baltic Tour Operators
Filters

The one downer was the many very long drive days on the coach. It's inevitable since there's such long distances to cover but only maybe 10 or so days were "actual" days rather than 16.

The optional activities were mostly good for what we paid for them. The Russian folk dance was unexpectedly good (it was a new optional), we weren't given much information about it but most of us signed up anyway and were pleasantly surprised at how good it was.

Just a note that it is easier to not sign up to optional activities and then sign up later than if you change your mind later on because they can't refund you. So best to think carefully whether you want to do the activities.

Also, although the optionals are in Russia, we paid for them in Euros so make sure you budget accordingly. I'm not sure whether it works out more favourably in terms of costs but it's easier to pay in Euros as ATMs in St Petersburg seemed very hard to come by...

Since this was a sector trip, there was an obvious divide between the people who started from day 1 (the Red Star Special group) and this group. More could be done to bridge the gap between both groups. Overall, I wasn't too bothered by it but it would have been nice for more cohesion throughout the entire tour group.”
Read More Reviews