Awash with mesmerizing expanses of coastline, flourishing cities recognizable the world over, an enchanting red center home to a way of life unchanged for centuries, and flora and fauna found nowhere else on earth, sightseeing tours in Australia will ensure you experience the top destinations the country can offer! 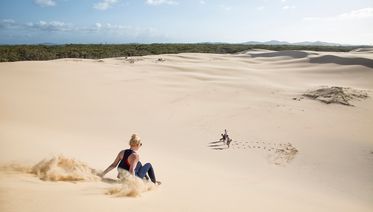 of 10 reviews
“Our group leader Laura was the best! We had an amazing time in Thailand, it was so much fun to”
days09 From US$ 799 View Tour
Next Departures
Tour with flexible booking policy 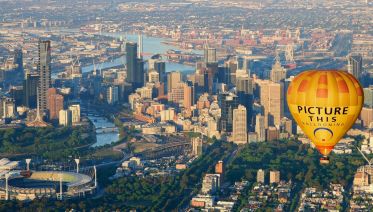 of 1 review
“The whole hot air balloon experience was great because the weather, the crew and the fantastic servi ...”
hours04 From US$ 363 View Tour
Next Departures 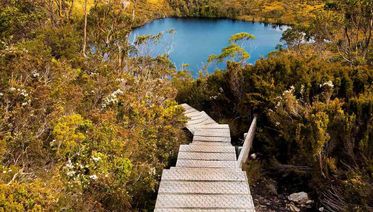 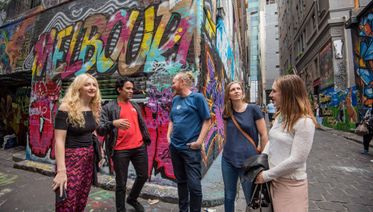 Wonders of Australia and New Zealand

15 day explorer tour to Brisbane, Auckland and 4 other destinations traveling through Australia and New Zealand. Read More
days15 From US$ 7,664 View Tour
Next Departures 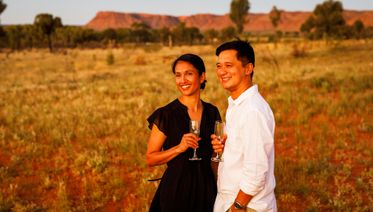 11 day explorer trip through Darwin, Kakadu National Park, Katherine Region and 3 other destinations in Australia. Read More
days11 From US$ 3,930 View Tour
Next Departures
Showing 1 - 6 of 6 results
No results for your search criteria
Try clearing your filters to get more results
FILTERS
Filter by
View All Australia Tour Operators
Filters

5 - Excellent
Based on 18 customer reviews
Unforgettable memories.
5 - Excellent
“I had the best experience on this tour. The group leaders were amazing and everything was so well organised. Intro had everything already planned for us. They help you out with every single thing you need whilst still ensuring you have fun and get the chance to do some really cool activities. Intro travel is the best travelling company and Im looking forward to doing more trips with them! They help you meet some amazing friends and make unforgettable memories.”
Our group leader Laura was the best!
5 - Excellent
“Our group leader Laura was the best! We had an amazing time in Thailand, it was so much fun to get to experience the many sides of this country and all it has to offer. It was completely stress free and you can tell that all the staff work really hard. My best bits was playing volleyball on the beach (Nancy bosses on the court) and going on the nights out. It wouldnt be complete without a special mention to Dave the dopey dog, hes keeping it real 24/7.”
loved every second of the tour! I
5 - Excellent
“I literally loved every second of the tour! I was nervous before coming but Will and Poppy were amazing and made the whole week easy yet so much fun! My favourite part of the week was Port Stephens, I could never leave. As a whole this trip was great value for money and Ive made some incredible friends Thanks for an amazing week!”
Read More Reviews

The often-glitzy streets of Sydney go right to the heart of what it means to be Australian. With a scintillating location on the famed harbor, surrounded by beaches to one side and eucalyptus forest to the other, the country’s first city is a perfect blend of iconic sights and entertaining nightlife. When in Sydney, don't miss out on these best spots: Sydney Harbour, Sydney Opera House, Bondi Beach, Royal Botanic Garden and the Museum of Sydney.

With a huge diversity of neighborhoods, progressive Melbourne is far more than its mini-Manhattan moniker might suggest. A stronghold of Australian art and culture, visit the National Gallery of Victoria and the Arts Center Melbourne or simply stroll the laneways that weave between the neat grid of modern high-rise towers for gallery-worthy works of street art. Looking for a little green? Head to the Fitzroy Gardens, Melbourne's most historic and beautiful gardens or escape the city to visit the Twelve Apostles, a popular stop on the Great Ocean Road.

Gateway to the Great Barrier Reef, tropical Cairns may be remote, but the journey to northern Queensland is definitely worth your while. Here you’ll find some of Australia’s finest natural attractions, from the rainforests of Kuranda and the Barron Gorge National Park to waterfalls such as the Crystal Cascades. One of the popular destinations in Australia's east coast, Cairns is not short of beaches that will have you slipping on your snorkel and mask in double-quick time.

Home to the world’s largest monolith – the always impressive Uluru/Ayer’s Rock – this national park in Australia’s red center manages to defy expectations despite its international fame. Join one of the sightseeing tours in Australia that include time to explore Uluru, the Kata-Tjuta rock formations and the surrounding landscapes all the way to Kings Canyon. You will uncover creation myths and cultures of the region’s aboriginal people.

Situated among picturesque Indian Ocean waves at the southern end of the unspoiled Dampier Peninsula, Broome is a destination for those seeking an idyllic getaway of sun, sea, and the flawless white sands of Cable Beach. Witness the amazing phenomenon of the Staircase to the Moon. Away from the beaches, you’ll be able to discover the rich history of the Yawuru People and evidence of the city’s long link with the pearling industry.

Drift south from Adelaide and you’ll soon hit upon the coastline of Kangaroo Island, a Noah’s Ark of Australian species as varied as colonies of penguin, flocks of native birds, and the eponymous kangaroo. Flinders Chase National Park is a sight unlike any other. Visit the Admirals Arch or the Remarkable Rocks located inside the national park. Then spot a sea-lion colony at Seal Bay Conservation Park.

Australia’s island state has in large part been shaped by its isolation, which saw the evolution of unique species of animals, including the Tasmanian devil and (probably) extinct thylacine. Try and spot them for yourself while perusing the island’s series of hiking trails. Head to the northeastern coast and witness the Bay of Fires or see Wineglass Bay for yourself at Freycinet National Park.

Closer to Jakarta than Canberra, the capital of the Northern Territory has an atmosphere like nowhere else you’ll experience on sightseeing trips in Australia. Part bastion of indigenous aboriginal culture and part exotic beach destination, behind the laid-back vibes exuding from the locals is a strong museum presence and a growing food scene. Visit Mindil Beach Sunset Market and the Museum and Art Gallery of the Northern Territory. Get up and close to reptilian wildlife at the Crocodile Cove.

Much trendier than its traditional reputation would suggest, Canberra’s position as the national capital ensures more than its fair share of fine dining restaurants, outdoor spaces and striking modernist architecture including Parliament House and the National Gallery.

The world’s largest sand island, large enough to boast its own 75-mile beach-turned-airstrip, Fraser Island lies off Australia’s east coast north of Brisbane. One of the last places in the country to catch sight of truly wild dingoes, Fraser Island also offers off-road adventures for 4x4 drivers, and a coast that includes natural pools and evocative shipwrecks.