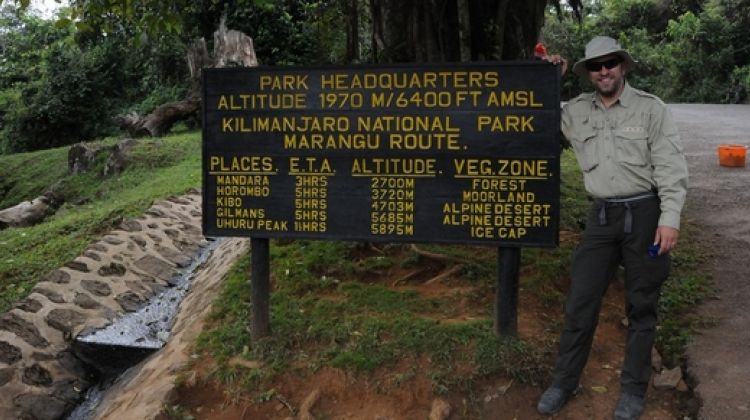 Tour with Flexible Booking Policy
HIGHLIGHTS
The Marangu route is easily the most popular way of climbing Mt. Kilimanjaro. Not only is Marangu the least expensive option, it is also shorter as it makes it possible to climb to the summit sooner.

The Marangu route is a classic trek to the top of Kilimanjaro. However, it has the least scenic variety of all routes (ascent and descent are done on the same path) and is the most crowded for that reason. It is the only route which offers sleeping huts in dormitory style accommodations. There are 60 bunk beds each at Mandara and Kibo Huts, and 120 bunk beds at Horombo Hut.

Many favor the Marangu route because it is considered to be the easiest path on the mountain, given its gradual slope and direct path. Known as the "Coca-Cola" route, it approaches Kilimanjaro from the southeast. It is the oldest, most well-established route.

The minimum days required for this route is five, although the probability of successfully reaching the top in that time period is quite low. Spending an extra acclimatization day on the mountain is highly recommended.
View More
CUSTOMER REVIEWS ABOUT SIMBA ADVENTURES LTD
4.5 - Excellent
Based on 13 reviews
S
5 - Excellent
Sarah's review for another Simba Adventures Ltd tour
“My boyfriend and I recently returned from an amazing safari organized by great company Simba Adventures. We are so happy to share our fabulous experience to people who looking for great safari experience in Tanzania. We took a 2 day safari covered Tarangire National park and Ngorongoro crater hence we did not have much time doing a long trip. But we saw plenty of animals including all the big five. Our driver was very professional with eagle eye in spotting a distance animals, very kind and knowledgeable. Many thanks to Ally Simba who arranged our tour, he was fast in responding our emails during planning our tour. We will recommend Simba Adventures to anyone.”
F
5 - Excellent
Fatima's review for another Simba Adventures Ltd tour
“Really enjoyed our time on this safari. Wonderful guide and cook, very caring. They accommodated dietary needs and were very patient with everyone in the group. The safari was beyond amazing. Absolutely loved it.”
N
5 - Excellent
Neja's review for another Simba Adventures Ltd tour
“The first day we went to Tarangire and saw many elefants, giraffes, lions, monkeys etc. It was a fun and interesting start of our adventure. The next day we passed Ngorongoro and went to Serengeti. Beside other animals, we saw leopards and buffalos! It was amazing. We also had buffalos around our camp during the night so that was pretty awesome. The last day we saw rhino in the crater! We saw all of the Big 5! Great experience, worth the money and I would definitely recomend it to anyone. We stoped at masai village (Longoko) for an entrance fee of 50$ per car and it was interesting as well.”
Read more Simba Adventures Ltd reviews
ITINERARY
Alt. in: ALTITUDE MAP
Expand All
WHAT'S INCLUDED WHAT'S EXCLUDED
Why Book with Bookmundi
What are customers saying about Bookmundi
Excellent
4.71 Average 334 Reviews

NEED HELP OR HAVE A QUESTION ABOUT THIS TOUR?
If you have any question about this tour or need help with planning a trip, please do not hesitate to get in touch with us. We're ready to help.
Get help
days 06 From US$ 1,550
CHECK AVAILABILITY
Response Time: 3 hours Response Rate: 100% MAKE AN ENQUIRY