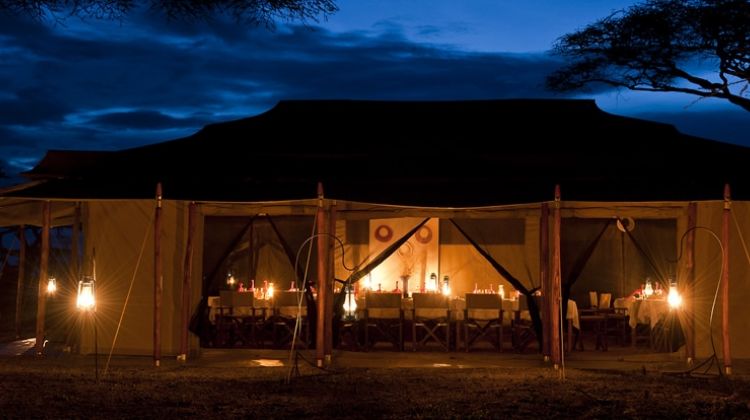 HIGHLIGHTS
The great Serengeti wildebeest migration is the movement of vast numbers of the Serengeti's wildebeest, accompanied by large numbers of zebra, and smaller numbers of Grant's gazelle, Thompson's gazelle, eland and impala. These move in an annual pattern which is fairly predictable. They migrating throughout the year, constantly seeking fresh grazing and, it's now thought, better quality water. The precise timing of the Serengeti wildebeest migration is entirely dependent upon the rainfall patterns each year.

Around the month of June, the wildebeest migration is often halted on the south side of the Grumeti River, which has some channels which block or slow their migration north. The wildebeest then congregate there, in the Western Corridor, often building up to a high density before crossing the river. The river here is normally a series of pools and channels, but it's not continuous – and so whilst they always represent an annual feast for the Grumeti River's large crocodiles, these aren't usually quite as spectacular as the crossings of the Mara River, further north.

The wildebeest migration continues moving northwards during July and August, often spreading out across a broad front: some heading through Grumeti Reserve and Ikorongo, others north through the heart of the Serengeti National Park.

By October, the wildebeest herds are migrating again with more accord: all are heading south, through western Loliondo and the Serengeti National Park's Lobo area, returning to the green shoots which follow the rains on the short-grass plains of the southern Serengeti in November.
View More
CUSTOMER REVIEWS ABOUT KANUTH ADVENTURES SAFARI
4.5 - Excellent
Based on 7 reviews
Jacob's review for another Kanuth Adventures Safari tour
4 - Very Good
“Very Good”
Arvid's review for another Kanuth Adventures Safari tour
4 - Very Good
“Very Good”
Review for another Kanuth Adventures Safari tour
5 - Excellent
“I had a quick trip scheduled to Tanzania, and my group of 3 was able to book a tour with Kanuth. The bookings went flawlessly from start to finish. Kanuth made special arrangements to suit our schedule and requests for a night safari as well as morning safari. Mr. Kanuth drove our truck himself and was extremely knowledgeable about the types of plants and animals along the drive and within the park- we saw everything except Rhinos and big cats, but those were never guaranteed anyway. He was very friendly and welcoming and was a wealth of knowledge about Mikumi National Park and Tanzanian culture in general. The entire experience with food and lodging included was well worth the price he offered, and I highly recommend booking through Kanuth Adventure Safaris.”
Read more Kanuth Adventures Safari reviews
ITINERARY Expand All
WHAT'S INCLUDED WHAT'S EXCLUDED
Why Book with Bookmundi
What are customers saying about Bookmundi
Excellent
4.71 Average 318 Reviews

NEED HELP OR HAVE A QUESTION ABOUT THIS TOUR?
If you have any question about this tour or need help with planning a trip, please do not hesitate to get in touch with us. We're ready to help.
Get help
days 10 From US$ 4,680 See Group Discount
CHECK AVAILABILITY
Response Time: 1 hour Response Rate: 100% MAKE AN ENQUIRY