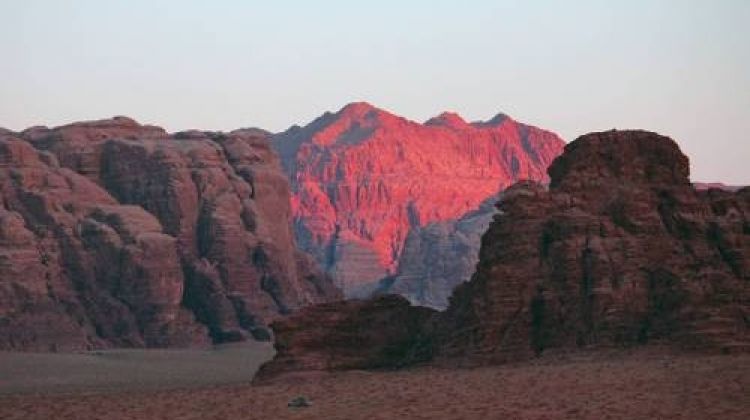 HIGHLIGHTS Download trip notes
Starting and ending in Amman, the Jordan By Bike tour is a guided bicycle tour that takes 8 days. You will travel through Aqaba, Dead Sea, Dana and 3 other destinations in Jordan. Jordan By Bike is a small group tour which includes accommodation, transport, meals and others.

Traverse Jordan from north to south by mountain bike. Jordan will be unveiled to you as we experience its majestic ruins, vibrant culture and exquisite cuisine; all while biking the length of the country on former caravan routes. From the capital of Amman, flanked by ancient citadels and Roman ampitheatres, we explore this oasis of the Middle East from north to south. When possible we transfer high and bike down, including a descent to the lowest place on earth, the Dead Sea. Float and cover yourself in mud before heading up to Mount Nebo, where Moses looked across at the Promised Land, from which we descend to the edge of the Dana Nature Reserve, a bird watcher's paradise. Dirt trails take us along a traverse in the mountains above Little Petra, with a major highlight being our exploratory visit to the Red Rose City of Petra the next day on foot. Finally we cycle the stark desert environment of Wadi Rum, also known as the valley of the moon, before relaxing at the Red Sea which is a fitting finale to our Jordan biking adventure.
View More
CUSTOMER REVIEWS ABOUT WORLD EXPEDITIONS
5 - Excellent
Based on 625 reviews
Review for another World Expeditions tour
5 - Excellent
“I did the Everest Base Camp trip with 2 of my sons (21, 19), and what an incredible experience. The scenery was simply stunning, moving from forests in the river valleys up to glacial valleys and moraines. Trekking across the Sherpa villages also gave a great insight to the country - complemented by the input from our fantastic guide, Harka. The whole WE team were great (the food was incredible!) and, despite the challenge of really cold weather in the winter months, they got the whole tour group to Base Camp.”
Review for another World Expeditions tour
5 - Excellent
“My trip was awesome to Peru! Explored Lima, Cusco, and Ollantaytambo. Wandered through various Inca ruins with our guide Ever, whose knowledge of these sites brought their story to life. Did a 3-day trek up the Salkantay trail and hiked gingerly along old mud-slides, walked across rickedy "Peruvian" bridges, ate the ripest, most amazing avocados and admired beautiful waterfalls. Couldn't go home without a trip to Machu Picchu - spectacular! Although I went as a sole traveller, the World Expeditions group I travelled with were positive, happy-to- be-there, and friendly. It was a real pleasure to be with them. Overall a very special trip!”
Review for another World Expeditions tour
5 - Excellent
“Overall a fantastic trek. Our guide (Rinzin) was absolutely incredible and instilled us with the sheer beauty and gentle kindness that typifies the Sherpa people. Our trek to Everest Base Camp was far superior to anything we as a family could ever have imagined. Thank you.”
Read more World Expeditions reviews
ITINERARY Expand All
WHAT'S INCLUDED
Accommodation
Meals
Transport
Guide
Others
WHAT'S EXCLUDED
Monthly Price Comparision
Why Book with Bookmundi
What are customers saying about Bookmundi
Excellent
4.72 Average 311 Reviews

No additional cancellation fees apply for this Jordan by Bike tour. You can cancel the tour up to 70 days prior departure and avoid paying the full amount, but your deposit paid is non-refundable. No refund applies for cancellations within 69 days of departure.

For this Jordan by Bike tour getting the required visa(s) is the responsibility for each individual traveller, as visa requirements vary depending on your nationality. We recommend to check with your local embassies representing the countries that you are travelling to, as part of this itinerary. 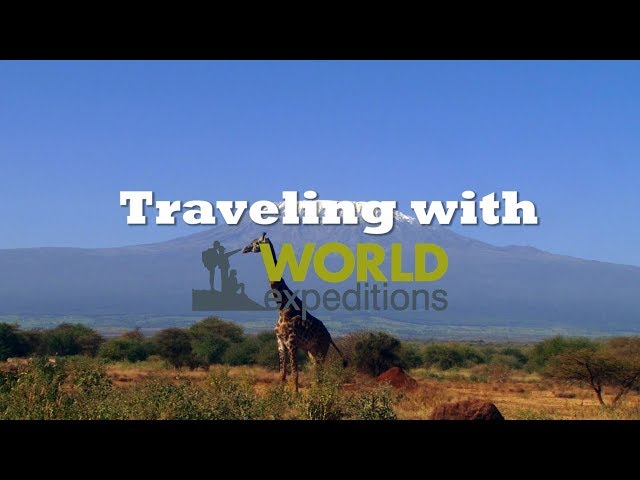 NEED HELP OR HAVE A QUESTION ABOUT THIS TOUR?
If you have any question about this tour or need help with planning a trip, please do not hesitate to get in touch with us. We're ready to help.
Get help
days 08 SavingUS$ 144
You have unlocked exclusive savings:
5% OFF TODAY From US$ 2,870 US$ 2,726
CHECK AVAILABILITY
Response Time: 1 hour Response Rate: 100% MAKE AN ENQUIRY

Tour is operated by : World Expeditions Active 1 day ago
625 Reviews
Currently 12:14 in London - Open Now MAKE AN ENQUIRY Response Time: 1 hour Response Rate: 100%
Download Trip Notes Enter your email to get a PDF file containing all the trip information for the Jordan by Bike tour.
Trip Notes Sent
We have sent the trip notes for this tour to:

If you book the Jordan by Bike tour within the next 5 days, you can get by applying the following code: