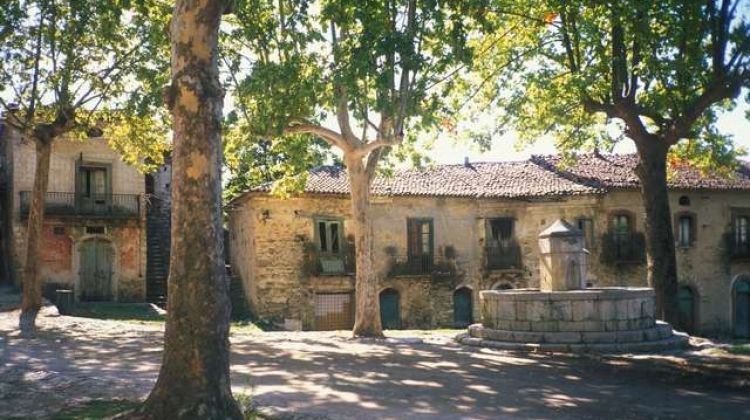 HIGHLIGHTS
Explore the beautiful, culturally-rich but lesser-known and uncrowded area of the Cilento National Park on foot on this self-guided 9-day walking tour.

The region of Campania marks the real starting point of southern Italy. It has been sought-after since Roman times when it was labelled the Campania Felix, or ‘happy land’, hardly a surprise considering the fact that it includes the great city of Naples, beautiful countryside, Roman ruins, small islands and stretches of spectacular coast. On the southern side of the Sorrento Peninsula, the Costiera Amalfitana is probably one of Europe’s most well-known and dramatic stretches of coastline, with its towering cliffs and picturesque coves.

But Campania’s real secret is located south of Salerno, and immediately south of the wonderful Greek temples of Paestum. Here the coastline bulges out into an expanse of the mountainous landmass known as the Cilento, now one of Italy’s biggest National Parks, with World Heritage listing.

This tour brings you into the real ‘Heart of the Cilento’, along the Calore River, up into the wild Cervati mountain range, and finally onto the impressive Alburni Mountains. Inland, the Cilento is largely undisturbed by the 21st century and you will encounter few other tourists along your way.

You will walk through pristine natural areas, like beech and oak forests and mountain meadows, beautiful river valleys, impressive canyons and great mountain scenery. But you will also walk through the attractive countryside with vineyards and olive groves and many cultural treasures like rural chapels, ancient farmhouses, old watermills and charming medieval villages.

You’ll visit some of the nicest medieval villages in the area, where the traditional way of life is still evident. And you’ll enjoy visiting some of the Cilento’s greatest cultural treasures, like the cave church of St. Michael, built into the rock near Sant’Angelo a Fasanella, the ruins of Roscigno Vecchia, the pre-historic ‘stone warrior’ of the Alburni Mountains and the castles of Laurino and Sicignano. And they’re all connected by a great walking route.

At the beginning or the end of the tour, there is also an opportunity to visit Paestum or Pompeii or spend some time on the beach. The tour can easily be combined with a possible journey along the coast of the Cilento or with a tour on the Amalfi Coast as well.
View More
CUSTOMER REVIEWS
5 - Excellent
Based on 2 reviews
Had a wonderful time.
5 - Excellent
“Thank you for all your help, and the office staff.
Overall, we had a lovely time. The scenery of the Cilento National Park is spectacular. Walking holidays are very popular now and people are always looking for new places to walk. We will certainly recommend the area to our friends, with the proviso they check out the current state of the trails if they are going to do walking.
We are thinking of doing a cycle tour in Puglia at some stage in the future, and will definitely keep your company in mind.
One final point regarding the accommodation. We particularly liked B&B Vittoria as the owners were very accommodating and friendly & sat down to dinner with us which was a great opportunity to practice our conversational Italian. All the best.”
Great trip!
5 - Excellent
“Thank you so much for making this a GREAT vacation.”
ITINERARY Expand All
WHAT'S INCLUDED OPTIONAL ADDONS (Available during check-out) WHAT'S EXCLUDED
Why Book with Bookmundi
What are customers saying about Bookmundi
Excellent
4.71 Average 318 Reviews

NEED HELP OR HAVE A QUESTION ABOUT THIS TOUR?
If you have any question about this tour or need help with planning a trip, please do not hesitate to get in touch with us. We're ready to help.
Get help
days 09 From US$ 840
CHECK AVAILABILITY
Response Time: 1 hour Response Rate: 100% MAKE AN ENQUIRY